Increase your Diversity Strength. (Go Woke before you Go Broke.)

Worried that you just don’t cut it in the modern world?
Tired of being overlooked because of your skin colour, gender or sexuality?

Being left out of the employment quotas market?

What you need is…

The New World Order can include you too. You just have to change who you are. It’s not as difficult as it sounds.

If you’re a man, wear a dress. It doesn’t cost much, and it's simple to achieve.
Watch people’s eyes light up, but not a word will leave their mouths.
No need to worry about being retrenched. Job security guaranteed!
(Also great for nightclub cred).

Face painting is out. The ol' Black Face is considered racist. (White face is okay). The Next Best Thing to being black, is going brown.  You can claim you’re from any background then. Or even mixed race. In fact, you won’t have to state where you’re from at all. People will be too scared to ask. And as we know, possessing Diversity means more Power. Bathe in the Silence!

Come along to our new, Enhanced Tanning Salon. You can get that all over look for that crucial job interview, or even a first date. 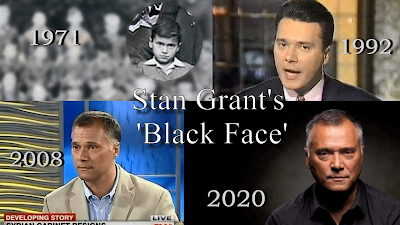 Once you give up white, you'll be reeling in the big bites!


Would you prefer a more permanent solution? You need the Diversity Enhancer Double Strength! You can go the whole hog and get your skin laser treated! Or if that’s too intense for you, we have special Diversity Medication you can go on. It worked for Michael Jackson. It can work for you too!


While not as effective as skin alterations, you can always claim you’re 2% Indigenous/African /Indian/Native etc. Who are they to know? Many have gotten away with it. So can you! You can identify as a man or a woman too for that matter. Whatever suits the occasion. Better still, go Gender Neutral and beat the odds! It's all the craze!

If those situations sound a little daunting, here’s an easy one. You can claim you’re bi-sexual. It’s the most non-intrusive of all. Or just go the whole hog, as we like to say here at Diversity International, and say you’re Gay or Lesbian. Who are they to know? Will they follow you to your bedroom? Does what you get up behind closed doors impact on your job? Of course not. But stating it on your job application can put you at the front of the queue! Remarkable! 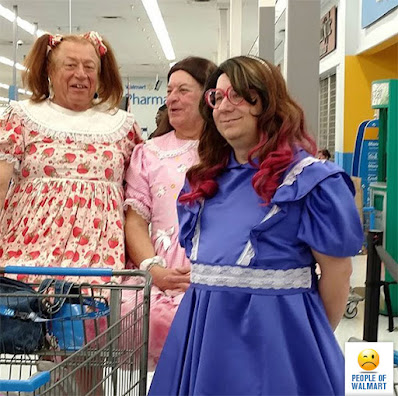 After thirty-three months unemployed, (since the Warehouse got rid of them in favor of cheap immigrant labor), all three got jobs at WalMart!
(Provided they wear their dresses)


Build your Diversity Strength Today.
Acceptance Awaits You Too!

Join now and get a discount on the Priceless Victim Meter!

This advertisement was brought you by Diversity International,
building a more inclusive world for everyone.
Even straight, white, conservative people.
(jokes - you guys are fucked).

Political Correctness: Demanding tolerance through intolerance!
Coming soon, get your Doctorate in Wokeology!
Take the whole family to the New Woke Wally World!
The Future looks bright!
(For some. The rest slide into darkness).
VIDEO VERSION


Read about The Brexit Solution (as of Nov. 19)
The Spontateous Stiffies
The Joys of Going to a Climate Change Rally
Bill Cosby's Super Cocktail Wallbanger
Smart Phone Zombies in Night of the Living Smombies.

*This post was written in 2019. What was satire then, is policy now.
A guy I was working with that year went for a job interview at the ABC. He's in a wheelchair. When he rolled into the interview, (his words), their eyes lit up. He knew immediately that he had the job, before a word was uttered. He thought it was hilarious. He got that job. As far as I know, he's still there. Good luck to him. It's just a small example. The point being I suppose, that the same people calling for inclusion are guilty of discrimination. The message is simple. Don't discriminate against anyone. Skill and experience should be the first consideration.