Night of the Living Smombies 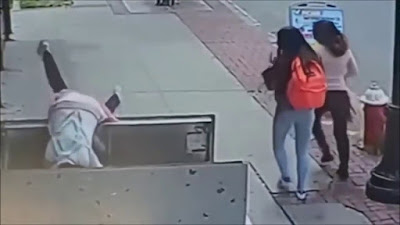 Fear the Walking Dead
They are the....


The World around them doesn't exist.
The Living don't Matter.
They stay on their phones....
But they won't stay Dead!


They Scroll While They Stroll

They're Perplexed While They Text

While We are Vexed by Their Wrecked Tread

Fuck Off and Die!
(That doesn't rhyme with anything, I just wanted to say it).


Disclaimer: I'm only against phone use when it impacts the lives of others, particularly when it's dangerous. A girl I went to primary school with was killed in a motor vehicle accident way back in the early 90's, due to a woman speaking on the phone and driving. Little has changed since then, including my rage.