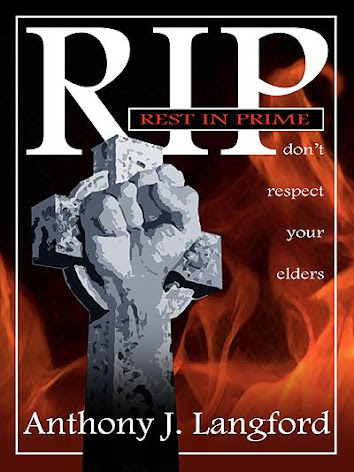 A future based on inequality. An ageing population cannot be funded by government, putting the strain back on families to look after their own. Entire generations are crammed into single houses with the greatest amount of pressure on those at the bottom. The young.
Yet they don’t want to pay for the mistakes of the past. They want their turn.
Just as the Crustys had theirs.
Some believe that transformation can only be brought about through violence.
A new Mantra flourishes.
Never Grow Old.
Teenage gangs instigate a campaign of terror.
But who is really behind it? 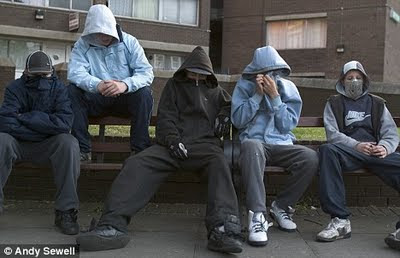 
A Novel in 2 Parts. The first through the eyes of the Young, the second, the Elderly.

17 year old Barak and his 3 friends are your typical teens, looking for fun, sex and drugs. But this is not a time of freedom. All Youth must leave school early to work; such is the burden of an aged population. The Youth have had enough. They would rather die in their Prime than grow old. All they want is a piece of the lifestyle the ‘Crustys’ once had.
One night Barak leads his small gang on an escapade of intimidation, but it goes terribly wrong. He is given a choice, incarcerated for life or preserve his ‘pastime’ and dramatically up the ante.
So begins a secret life, instigating a crusade of brutality. Even a puppet realises someone is pulling the strings, but who?
The city erupts into violence. Discrimination reaches new lows. And they said it would never happen again.
But something unexpected befalls Barak. Something that will impact on his life and those close to him, forever. 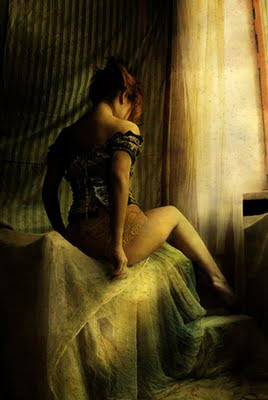 Part 2 centres on 71 year old Ginny, her husband, lover, grandson and a burgeoning collection of Freedom Fighters. They face sanctioned genocide. But with those in power having a vested interest, is their mission pointless? Theirs is the only sense in a world gone crazy until they have internal problems of their own. How did it all come to this? Is this the way of the future? 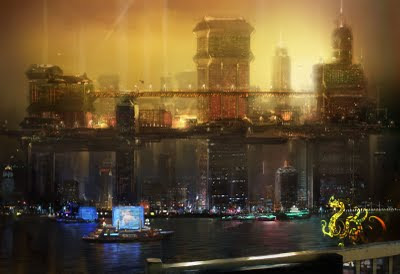 
"You cannot make a revolution with silk gloves."


The problem with Revolution is that not all of its participants are willing.
Or even aware that it has begun.

It is early evening in the suburbs. The streets are featureless, dark, except for the radiance emanating from a Trans-Taxi shelter and the mixture of people who congregate there, notably in 2 groups. They are divided not by race or sex, but by age. The young and the rest.
4 young men, around 18 years old, emerge from the shadows, heading towards the shelter like moths to the light. Each wears an entertainment/communication wrist pad, known as IKO’s (iKayobyoshi Orbiter named after it’s Japanese inventor), as many of the young do, and are jacked into the same frequency. They rock to the same beat, that by Caralex, just 1 of the bands in the Embryonic music movement, made strictly by, and for, the Under 25’s.
On their way to the Trans-Taxi the 4 youths had run through the front yards of various properties, setting off a myriad of lights and alarms and bio flashes, which had sent their bio prints to Central Data Storage. They realise this of course but do not care. The young are few, the young are privileged. Unless they commit a serious crime, they can get away with almost anything.
One of them, Barak, makes his distinction as leader known purely by being in front of the group. A few people look at them, queue jumpers, but are quick to turn away. 2 of the young men seem as though they could be reasonable but the other 2 have purpose. And that makes all them worth avoiding.
Barak is stretching his upper body, trying to make the most of his adequate frame. ‘That girly Mash better watch out. Gridville is where I thrive.’
‘Don’t you mean, where the girls hide?’ says Sewl, the number 2 and the only 1 who can challenge Barak in this way.
‘Be careful brother,’ Barak says. ‘You would if you could but trouble is, they won't.’ He laughs.
The driverless Trans-Taxi arrives. It is the young who get on first while the older people linger in the shelter. The young moan for the Crustys to hurry up but once full, the doors close and the remaining people, all older, must wait for the next transport.
The Trans-Taxi (T.T.) reads their bio prints and subtracts a small fee from all passengers, the young being entitled to cheaper fares. The young also take up all the seats, leaving the rest to stand.
Amidst the crowd of 60 or so Barak spots an attractive girl towards the rear. He rises from his seat. A man carrying an old hessian bag in his early 50’s, and therefore a Crusty, makes for the fresh vacancy.
‘Don’t think about it rusty Crusty!’
The man looks at Barak, resentment flashing in his eyes, but hurriedly turns away, giving a single shake of his head.
Barak’s mouth drops. His number 2 in Sewl grins. The others, Kevin and the youngest, Bry appear a little more concerned. They know what this potentially means.
‘Did you see what I seen?’ Barak is almost cheerful.
Sewl nods, excitement levels rising.
‘Hey! CrustiFuk!’
The man doesn’t turn, instead grasping the light tube that has burrowed down from the ceiling after sensing his standing form.
Others back away, clearing a path, leaving the man isolated. Surrounded by people, he’s never felt so alone. 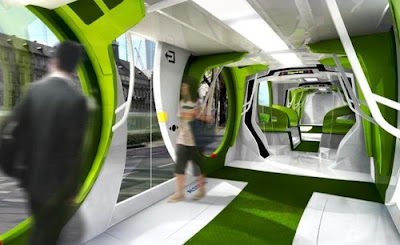 I'm not sure this novel will ever be published. It's 14 years since it was written so a lot of the speculation is out of date, while some of it has already come true.
The concept however, is still pertinent.
My Books
Posted by Anthony J. Langford