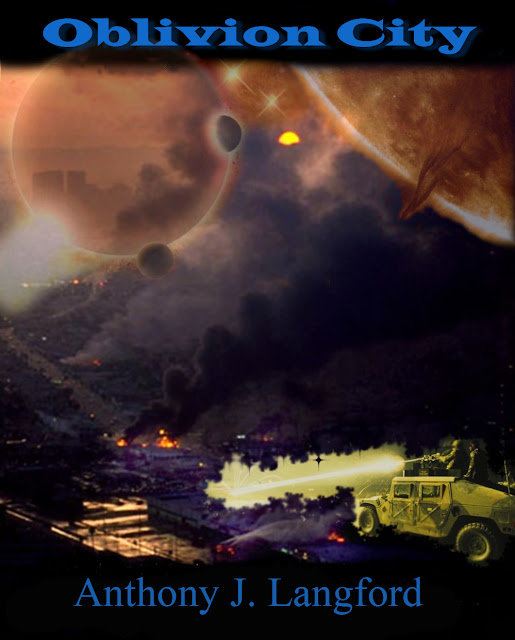 A giant energy wall surrounds the city, trapping everyone inside. The media call it the Rim, yet no one really knows what it is, only that it’s closing in fast and killing everything it touches. Sixteen year old Jerry and his dysfunctional family are in crisis mode and have no time for this catastrophe, but the choice is not theirs. The panic escalates as the population rushes to the city centre but terror really strikes when they discover that something nasty lurks inside the Rim, and is hungering to get out.

The News said the Evacuation was organised. They lied.
All the while the Rim is closing in… and getting faster all the time. 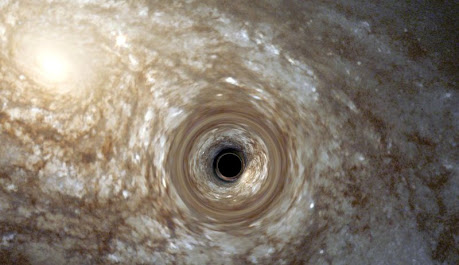 Oblivion City and its second part novel, Oblivion Terminus are set in a near future, with dystopian overtones. There is plenty of action and a ticking bomb style plot (with a working map of the city so readers can track the characters movements and that of the Rim). Yet the focus remains on the journey of the characters, both physically and personally as they battle for survival. 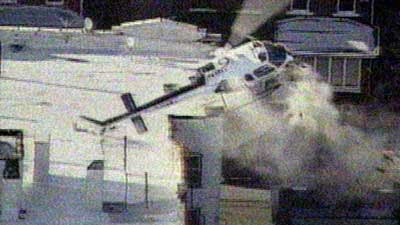 The main Characters.
(Certain characters cross over into Oblivion Terminus while new ones emerge).


Jerry – The sixteen year old ‘anti-hero’ is embroiled in his family dramas and his lust for his childhood friend Franni, who has forgotten who he is since her hormones kicked in. He’s smart, a little geeky and somewhat introspective. Jerry may think he has problems, but they’re nothing compared to what is coming. He will be forced to confront his family issues and is about to discover the worst kind of pain. He will be pushed to the limits and in the process, begin to learn what type of person he really is.

Ray - The Rim Riders Gang Leader – Ray is the most charismatic and capable of the Boyz. He’s brash and Middle Eastern and uses his vernacular to spew forth cool sounding insults. He’s also fiercely loyal to family and keen to get home. The other Riders look up to him, (except for unpredictable Junior). Ray once went to school with Jerry but was kicked out. Yet he’s soon like a hand without an arm, separated from his clan and forced to team up with his polar opposite in Jerry, making for some amusing but dramatic friction.

Junior (Gang member) – Junior is more than a rebel looking for a cause. He wants what Ray has. Power. And he’ll do anything to get it. When the Rim comes, he doesn’t see danger. He sees opportunities. And he’s carrying some nasty darkness inside that can finally be unleashed in a lawless world.

Franni (Francesca) – The sixteen year old is a modern girl living in a traditional Turkish household with her two younger sisters. While she yearns for freedom, she is desperate to return home when the Rim prevents her from doing so. She is so much more than the object of Jerry’s passions. She is a young woman with a kind heart, but whose good nature could be the very thing that brings her undone.

Jen – Jerry’s twenty-two year old sister is an emo without a cause and a clue. In Jerry’s eyes she is their father’s favourite. She has problems with depression and alcohol, and has spent way too much time at home, something she will soon regret. She will also learn that she is capable of so much more, but will it be a lesson learned too late?

Ariana – She is a twenty something DJ and somewhat of a free spirit. She also fancies men she can’t have. It’s been three years since she had a boyfriend and perhaps her dark past is to blame. Her decent but naive nature leads her to be placed in a sexually vulnerable position. But it’s her response that truly shocks her. She’s no longer sure who she is.

Nicholas & Timothy – A gay couple in their early forties who have been together for over a decade live upstairs from Ariana. They are inadvertently teamed up with her as the Rim forces them out onto the streets. Yet Nicholas’s increasing frustration with his passive partner will be forced out into the open, with devastating consequences for them all. 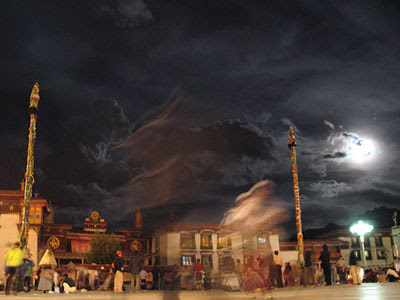 Oblivion City was written over a three year period from 2006 to 2008. It was inspired by the tragic events of Hurricane Katrina and the live news coverage that brought it immediately to our homes, the irony being that help was so late in coming. Oblivion City begins lightly but soon descends further and further into chaos as a variety of characters, many of them teenagers, are thrust into a maelstrom without the support of adults. Their tribulations reflect the troubled passing into adulthood as they struggle and often fail to overcome the obstacles before them. Only through a positive attitude and perseverance can they hope to survive. Yet many will not.

Whilst within the confines of a sci-fi action/horror blend, Oblivion City is essentially character driven. It explores many deeper issues affecting young people; alcoholism, the cult of celebrity, broken families, infidelity, homosexuality, domestic violence, rape, the role of the media in society, particularly during a disaster and the powers that govern who claim to protect us, but often bypass our basic rights.
Oblivion City is not a novel with a sequel; it’s simply one story in two parts. Oblivion Terminus is also complete. Though violent and dark, Oblivion City is also full of optimism, affection and humour and demonstrates what human beings are capable of when placed in the worst of situations. 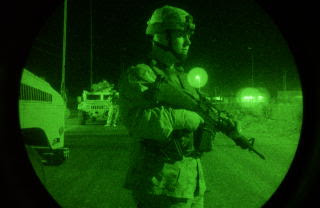 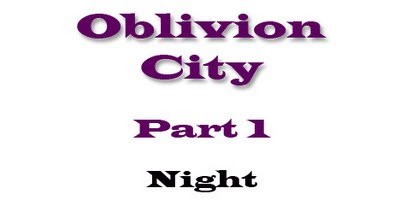 Every now and then an event occurs which turns the world on its head; The Fall of the Roman Empire, the Great Plague, World War’s One and Two. These ordeals force the human race into an almighty upheaval. For those present, Hell becomes a reality. The horror and enormity of what transpires scars those poor remaining souls, and forever alters the course of civilisation.
And it’s about to happen again. 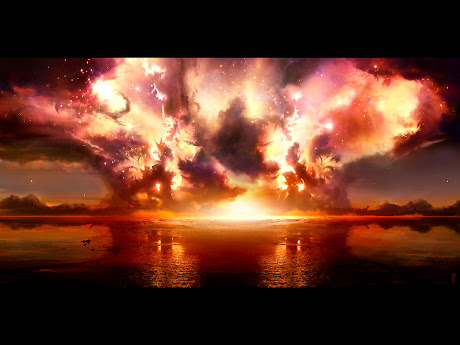 It's supposed to be his big day, the most exciting thing ever to hit their dull little city and all Jerry can think about is his dad hitting him the day before. It's his sister's fault, stupid bitch. Jen is similar to a Goth, but without all the black shit. An emo without a cause. Screw them both. Maybe he won't go home. Maybe he'll walk straight into the . Rim like that drunk guy and be frazzled like a moth in a ultraviolet insect trap, charred wings splayed open. Dead and famous like a celebrity. Maybe then they'll regret ganging up on him like that. Perhaps it's time he left home for good. Or strangled Jen. Or both. Maybe kill her, then leave. Throw her into the Rim instead. And toast some marshmallows while he's at it. Anyone for Jen on a stick? Actually that's pretty gross. He likes marshmallows. Or used to.
The bus pulls up. It's already full of teenage girls. Probably hoping to catch a glimpse of the Riders, those skateboarding losers. Jerry treads up the metal steps, flashes his student card and spies the only empty seat near the front. A group sniggers. Some are looking at him. Could they make it any more obvious? Is his fly undone? No. Why do they have to be so rude? Hello? Person with feelings here! He slides into the seat and fixates on the view through the fingerprint encrusted window. Bunch of bimbo's anyway. They'd be terrifying if they had a brain. Guess then they wouldn't be bimbo's. Besides, there's only one girl he's interested in. Franni. She's perfection in a pose. Full body, dark hair, luscious lips. Oh heavenly God, you must have been in a great mood that day. And her butt... Holy Moses, it's shaped like a sculptured peach. If they ever decide to hand out awards for butts, she would win the Nobel Peace Prize. Or should that be Peach Prize?
The houses whip by, one after the other. All those people. All those other kids off school today, like him. But are there other teenagers as miserable? 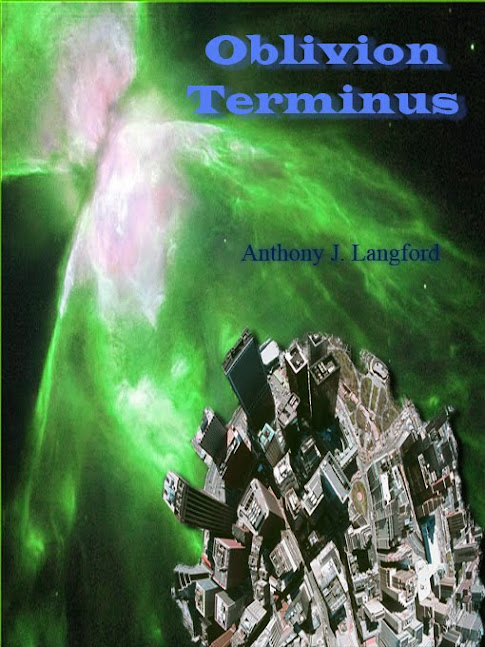 The Rim is growing. There’s no way out for the thousands that are trapped.
The final countdown has begun.
Yet there are more terrifying surprises in store.
Everything must end.
But can anyone survive?


Next Post,
An introduction to my first ever novel,
the children's fantasy,
Borders of Bordavia.
Posted by Anthony J. Langford