Flash Fiction: Do the Bus Stop

The desire of knowledge, like the thirst for riches, increases ever with the acquisition of it.
- Laurence Sterne


Do the Bus Stop 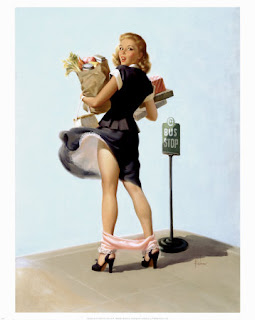 The bus stop is her stage. At this, she's a pro.
Her school associates, the audience.
Passers-by get a free show.
7.55 a.m.
It’s her time.
Standing on the lip of the gutter, she pouts, she spouts, gibberish, about herself, what else is there? She knows it doesn’t matter what she says, as long as they look.
And they do. They're hooked.
Her friends divided. The beady Green-Eyed Camp.
And the Popular Wannabe like her Vamps.
Yet it’s the boys who shower her with the most power. While the geeks don’t have the courage to peek, and those with no chance don't give her a glance, the majority stare at her perfect thighs and the way she strokes her fingers high, as she helps her skirt to rise and soar, like Marilyn Monroe, once before.
7.57 a.m.
Seems to be getting busier on this trail.
Funny how they’re all male.
Let's get graphic with the traffic. She bends forward; allowing her propped up cleavage to shine.
She’s outrageous, but wants them to think, she’s mine.
7.58 a.m.
It’s her time.
And she loves it.
So does the bus driver.
Ogling, he pulls in too quick and the side mirror smacks her head.
Gunk sprays the crowd.
She goes down like lead.
Today, there’ll be no Curtain Call.
7.58 a.m.
It was her time after all. 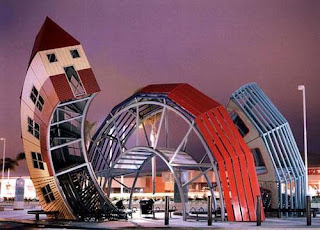 I want to share with you one of my favourite films. It's called The Fall and was only released a couple of years ago, but for some inexplicable reason, bypassed everybody. Quite simply, it is one of the most visual films I've ever seen and is embedded in the very essence of storytelling. I predict that this film will grow by word of mouth and in years to come, will come to be recognised for what it is, a true classic.

Coming soon, poems, stories, news about my next writing project, artists that inspire me and new polls. Any suggestions/feedback for the site are truly welcome.
I really appreciate your support and urge you to come back weekly. Thank you!
Posted by Anthony J. Langford