First two scripts are now BrightSide Videos. Made in Russia!

To Russia With Love

As you may recall, I began working for the YouTube Channel BrightSide in late November.
The first two scripts I wrote in December have now been produced. See below. 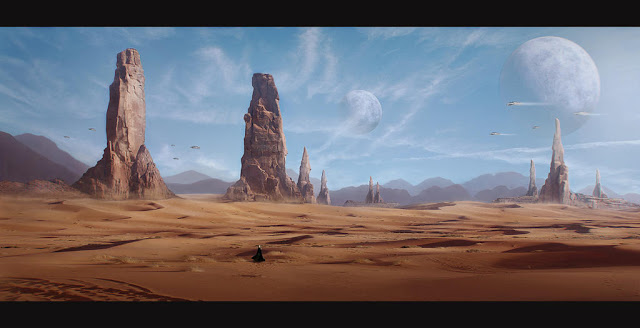 Despite the American voiceover and style, the company is based in Russia. Everyone I have been dealing with, and there's a lot, are Russian.
85% of their workforce are from all around the world. I have no idea who sourced the stock footage or who created the animation but they would likely be remote workers. They have the toughest job. As an editor, I can see how much work they put in. Huge!
The style is a little cheesy but it's meant to be. It has to be mildly educational but mostly entertainment.

Could Humans live on the Planet from Dune

Don't believe a word I say

I'm required to write two scripts a week but I've written 6 in total so far. I've just been too busy with my video editing work and to be honest, the Brightside pay is nowhere near enough to support me. I get paid per script and it can take 8-10 hours due to the research required. (I spread it out).
Worth noting too, that when I begin, I have no idea what I'm writing about. I try to get everything right but like journalists, I'm simply collating information. I'm not an expert! That's why it pays to be skeptical of everything you see and read, unless by an expert in that field. I worked a decade in TV News and Current Affairs. They can get it wrong too. Many aren't that smart. Besides, everything is slanted a particular way. Its more about what's left out than what's left in.

The other scripts I've submitted and are in the production phase are;
The giant ancient Monster from the Deep
Flight Attendants Reveal What the Crew Does on an Empty Flight
What’s Killing The Galaxies Next Door
Iceberg 73x bigger than Manhattan travels
Coming Soon,
The Front Cover for my next novel!
More Videos
Have a great week!
Peace
Anthony
(March update - Not that all Russians are to blame for their government's conduct, and that they are also victims of their countries propaganda machine, I still could not work alongside Putin sympathisers).
Posted by Anthony J. Langford