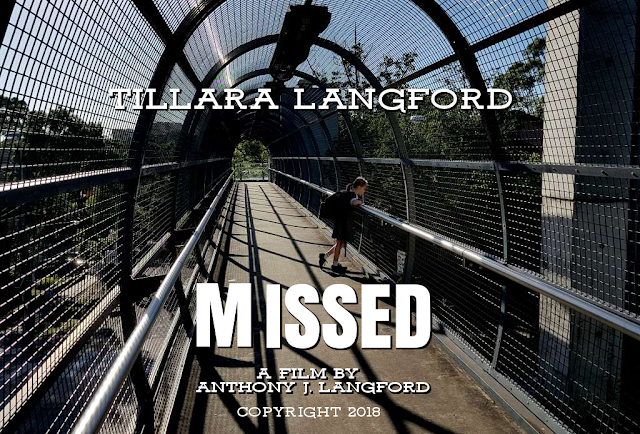 Despite feeling very ordinary during February, I had an idea for a simple film and went ahead and made it, with daughter in tow. It's very simple, (the polar opposite to my last film Irons from 2004) and only 11 minutes long, but it contains a certain ambiance that works and so I'm making it public.

Well, not actually releasing it, just yet. I've submitted it to a handful of festivals, so I'll wait to hear back first as they prefer not to have their festival films public. At least we can make them public now. Was much tougher back in the day when films that didn't make festivals never have an outlet. Made it very tough on the filmmaker to get noticed.

I have to give credit to my daughter. I didn't know if she could pull it off or not. Best way to do this is to have minimal dialouge but even still... She was great. Very patient I have to say. She also doesn't know what it's all about. I never told her, on purpose. And she hasn't seen it. When you see it, you'll understand why. I wanted it to be just a very normal experience for her. Hopefully she won't hold it against me when she's older!

My short film from 1994, Born in a Storm.
Plus other short films... Reality Unfastened and Untold.

(Update: All films are now available below).
My Short Films
My Books