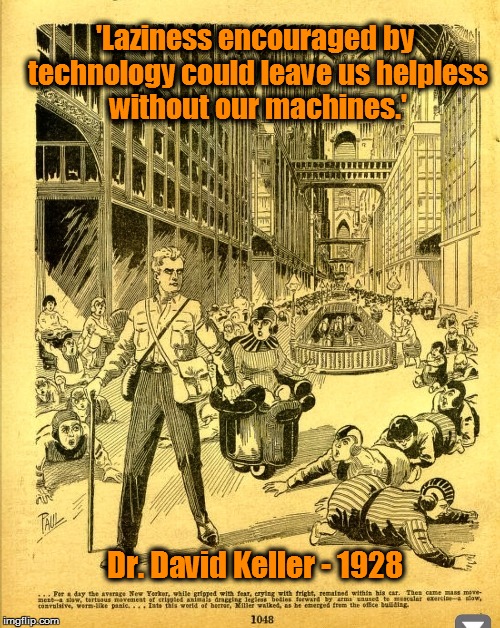 I love this quote. It has probably never been more topical, (the phone obsessed drones) though they may have said the same thing when cars took over horses, or the television over radio. As we become more reliant on computers and soon driver-less cars, are we in danger of becoming redundant? Helpless? Lost? 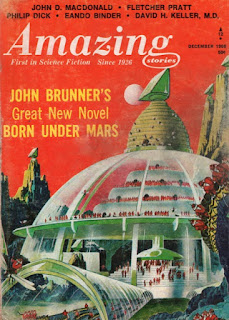 The quote is from Dr. Keller's first professionally published science fiction story, "The Revolt of the Pedestrians". It was published in Amazing Stories in 1928.


It seems Keller (48 at time of this story) was a controversial figure. He was far right ideologically. He was also a trained psychologist. Despite his late start and some unflattering opinions regarding his writing style, he was quite inventive and had many publications before dying forty years later in 1966.


What is the state of technology today?
Our we way off track?
Where is it heading?
Does anyone care?
Would it matter if we did?