I was physically assaulted...

...in Ireland in 1997. I spent a week in hospital. Afterwards, for some months, (actually years) I was in a state of PTSD, without really grasping it. In those days, counselling wasn't as prevalent as now. Besides, I just wanted to forget about it. The entire trip was about to trying to relive some past glorious days living and working in London.
Anyway, I was in a brief relationship straight after that incident. It folded after five months, but I was greatly upset over it. She wasn't anything special. Truly. I had latched onto her, seeking solace, without realising. I returned to Australia with my tail between my legs, with two years of violent nightmares to come. *

Not without an inkling
I was cautious
As I revisited, a former life in London,
Now faded.
Snippets of smiles, with a nasty side unseen.
A formidable facade
Passing off as reality.
And so I entered La La Land
Without knowing. 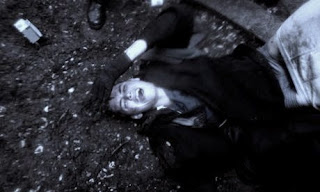 I had my heart ripped out by a twat
Who was only a reciprocal for
My post-traumatic stress.
I’d spent a week in hospital in Ireland
After having my head kicked in.
Wrong place
Wrong time
My actions, barely relevant.

That sense of security
Right and wrong
Is a fucking pretense.

Safety is an ideal
Not a surety
If someone wants to bring you undone
To the extreme
They will.


This is La La Land.

In 2011, (before the movie La La Land), I wrote this poem about it. I was alarmed at the number of people walking around, clueless as to their surroundings. It's worse now. It's an epidemic. People have a false view of the world around them. Shit can occur regardless of course, but you can avoid trouble if you're alert.
https://www.anthonyjlangfordbooks.com/books

* I have no memory of the assault. I don't know what happened. I did have my head kicked in. I had swelling on the brain. Horrific headaches. I couldn't see out of one eye due to swelling for some time. No broken bones however.
Unfortunately it was the second assault I've received.  One outside a nightclub. Another at a party. Alcohol was too blame. And no, I'm not a troublemaker. The complete opposite. I threw no punches. One was a coward's king hit. Another was a kicking.
Posted by Anthony J. Langford