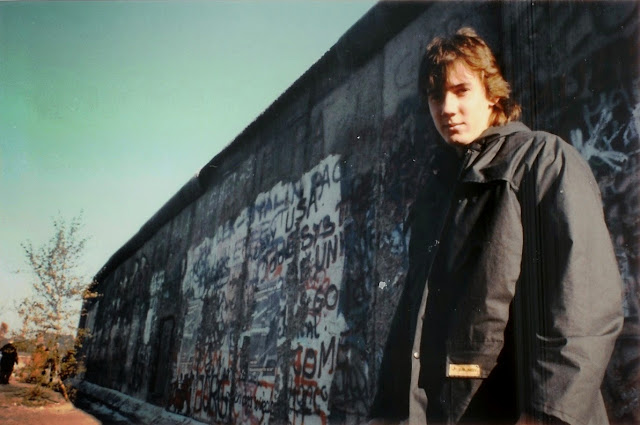 In 1989 I was a young chap making my way overseas for the first time when the Soviet Union collapsed. It was November and I was in London. A friend and I caught a plane to Berlin to witness history in the making. It was an incredible experience. 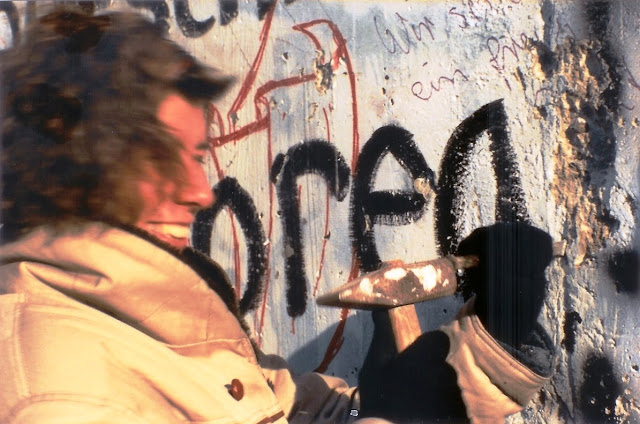 The joy is evident. The atmosphere was incredible. It was like New Year's Eve. Not possessing a chisel I was unable to snare a piece of it. People were going crazy trying to garner a souvenir and every little crumb of it was scooped from the ground. There was only a couple of holes in it at that stage. 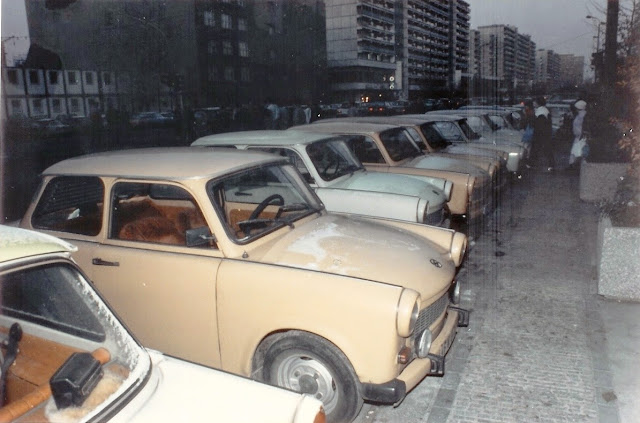 I went through Checkpoint Charlie to East Berlin and literally went back in time some thirty plus years. Advertising on walls was faded and long out of date. Everything I saw was drab, dreary and depressing. Poverty appeared universal. It was also cold, as you can see with ice on the bonnets.


I have other photos but they are in an album somewhere. These were scanned, hence the streak marks. I have shots of Checkpoint Charlie too as we had to pass through there to get in. I've never put these online before, so thought it was time to share them.

This was one of the albums I was listening to at the time. Street Fighting Years by Simple Minds. It bore the No.1 song Belfast Child. The song Mandela Day pre-empted the release of Mandela two years later. It was a time of change, no doubt.