This week I went to the monthly Sydney poetry night at the Friend in Hand in Glebe and decided to try something a bit different. Live crowds seem to respond better to more amusing works and given that it was Grand Final weekend just gone, I thought I'd try something along those lines.

Here it is, for better or worse.
(More than likely worse but taking yourself seriously too much can get a bit dull). 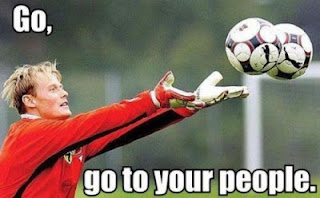 Trees tainted by taunts…
Skies sandwiched by streamers
Blue white and red left ripped with roars
Cover your ears, or be gnawed by boars.

There’s got to be an analogy in here somewhere of balls
There’s enough of those oval shapes to spice up soup for an cannibal army
Goalposts pointing to the sky like penises
Primed for pumping
Try’s eclipsed
By testicular ticklers
Eulogy’s written by managers of losing teams
Comparing death and sacked nations to the injustice of the play
It’s just a game
No its fucking not!

Umpires more evil than a pinched prostate
Rhetoric flows thicker than a politician’s poo
The blows in sweep in like it’s part of their job
Thus, A blow job
The cup floweth over
Ah
Don’t go there.

No more testing the troops with testes
Let it lie
Flaccid and forlorn
There’s always a loser
In love and in footy
And if balls aren't your thing
There’s always next year’s
Fishing trip.

But I ain't writing that one.

Another semi amusing poem I wrote turned out better so I might try and submit it around before I share it here.

This week I had a rejection from The New Yorker. It amused me really as I won't ever get published there. It's just not me. Yet the story I submitted is a good one and a world away from this poem. I suppose I did it almost as a joke, but it's still nice to be validated (I think) even if it was a brief form email that I waited three months for.

There were other rejections and submissions this week. And that's just how it rolls.

Hope you have a nice week. 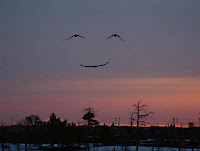