A Writer’s Frustration – Schemes to get Published. Pt 1 - The Stephanie Meyer School of Writing

Part 1 of 3 - The Stephanie Meyer School of Writing

I was thinking along the lines of werewolves who sleep at night. No? How about a lonely down and out Dracula? We’ll call it True Mud. We want readers to feel sorry for him so he definitely can’t eat people. He could live on dung beetles. No, that’s almost as dumb as sparkling vampires.

How about gay fairies? You leave your tooth in a glass, get left a dollar and wake up gay! 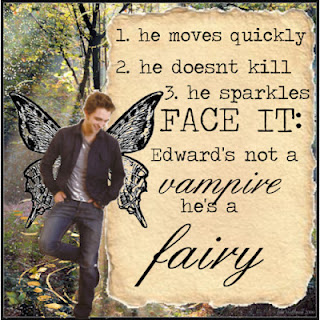 No, too out there. Has to be more, I don’t know, beige. So safe your great-grandmother wouldn’t be offended. How about Frankenstein? Instead of being created from body parts, (that’s sooo gross), we’ll make him born of an immaculate birth (no sex, ew). We don't want to scare anyone either so instead of a scary guy, we’ll make him a hot her. Franken-sheila.
Brilliant. We’ll set it in the Australian Outback. She’s an American journalist and travels to do a story. She meets a Doctor, like the traditional Dr. Frankenstein, except he works in the Flying Doctor service.

He goes around stealing organs from the rich to give to the poor. That way, we keep some of the whole yucky body parts tradition alive. Wouldn’t want people to get too upset with me. There’s an element of Robin Hood in there too! She’s a lot like Marion. Don’t want her to be too smart either. Stephanie Meyer is a housewife after all, so we’ll make her a bimbo tourist. Genius! We’ll throw in a bit of Colleen McCullough’s The Thorn Birds in there and make it a real love fest. They can Konoodle on the plane over Ayers Rock or Uluru or whatever you want to call it.


We’ll call it Cradle Rock, because who cares about sticking to folklore right? Tradition? What’s that? Fuck it, we’ll call it Konoodle Rock and they can get married on top. Then, and only then, can they consummate the relationship. Missionary style of course. 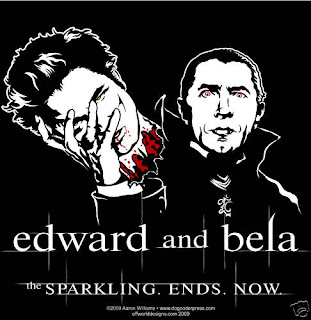 (2021 Update, after several small books published, I went my own way. Now there's plenty for you at...)
My Books
Posted by Anthony J. Langford