So I’m going to follow suit. In my birthday suit. I’ll get a hot blonde to film herself giving me… (insert whatever image comes to mind) while I’m at the keyboard punching out a grand novel. ‘Oooh, what are you writing?’ she breathes.. uh, between breaths.
‘I’ll type out QWERTY and you get Flirty!’
‘Oooh I love a good keystroke.’
‘Whoa, slow down baby. I’m reaching the climax! And I haven’t got to the end yet!’

Okay, I know it sounds woeful but have you seen the Paris Hilton sex tape? All that posturing made me puke.  She was more in love with the camera than Narcissus was with his reflection. Chemistry with her cohort? He barely existed. She would have done it solo if possible.

Perhaps I should assume the doggie position like Kim Kardashian and quote some poetry. (Unlike Kim's three syllables). I could have lines rehearsed like Colin Farrell in his classic sex tape. (I could eat this shite at breakfast lunch and night). Classy.
Mine would be more highbrow. More in the style of the classic Masters. We could turn people on…. To poetry!

Move aside Shelley, Yeats and Keats.
It’s time to get some poetry …
between the sheets! 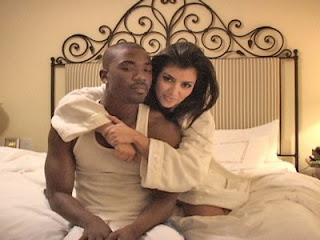 I think I’m going to be rich.