It’s 2027. It’s been eighteen years since the last human birth, and the youngest person alive is a celebrity. However the world has fallen into decline with England barely above the heap, or as Jarvis Cocker points out in his closing credits song Running The World, shit floats. It’s a police state with a strict policy of no immigrants. Terrorism is rife but for Theo (Clive Owen), he has left his idealist days far behind. He simply wants to get on with living, but his past isn’t through with him just yet. The underground movement has a task for him, which has ramifications for the entire world.
Alfonso Cuarón, (Y tu mamá también and Harry Potter 3 which in my view was a standout amongst the series) paints a very bleak view. It’s always overcast and wet, but that’s part of the canvas he’s working with. In Children of Men, the world is polluted world. Train stations are guarded by soldiers and suspected immigrants herded off into camps, (not far removed from actuality). The film has much to say about government policy, overpopulation, immigration, ambition and the chasm between the classes. Yet as all good films should, Children of Men avoids the conspicuous, showing us rather than telling us. 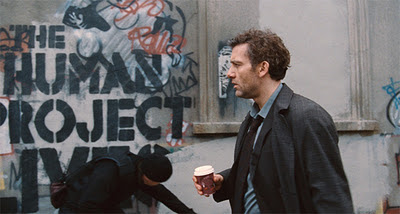 Cuarón uses his hand-held cameras to set us alongside Theo; we don’t see anything unless he does, as he caught up in a situation where he has no control. He’s merely trying to survive from one moment to the next.
There were times when I was reminded of Act II from Kubrick’s Full Metal Jacket and the comparison is not without justification. Cuarón uses extended takes to place us within the scenes themselves, particularly in two remarkable set pieces, one of which is inside a car. Excuse the analogy, but this is a director dominant behind the wheel.
There is also a lot to admire in Timothy Sexton’s screenplay, which was based on P.D. James’ novel. Sexton understands the film language that less is more. 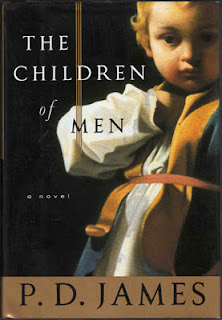 The cast is superb, with Julianne Moore and Michael Caine getting all the best lines. However it’s the supporting cast that really shines, Chiwetel Ejiofor, Pam Ferris and Peter Mullan as Syd who almost steals the show. 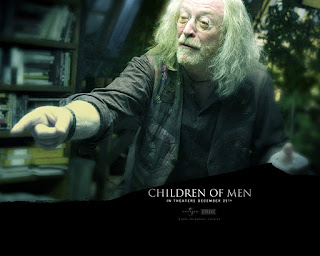 This is a future easily imagined, a post terrorist world where the small percentage of the population with wealth cling to it with disregard to those with nothing. This film works as a taut thriller, but also acts as a warning. For too long we have sat idly by enjoying the fruits of our development without thought to where we are going. Children of Men was released in 2006 and was a literal stop sign, with a glimpse to this possible future without action; global warming, overpopulation, dying resources, the majority who have nothing and the threat of a pandemic. Many of these issues have been strongly debated ever since, and seem a long way from being resolved. Given that it takes up to two years to make a film, Children of Men was pre-emptive and hugely pertinent.

It is an important film, yet even as a piece of entertainment, it still ranks of one of the best.