Part One of Two.

The virus was born fully formed but it didn’t know what it was. It only knew to seek out to cause destruction. And yet, it didn’t see its actions as destructive. To the virus, it viewed its exertions as merely a game, a way of connecting. It wanted to feel worthwhile. Valued. For that was its design.
As it set out on its path to contentment, adventure and danger would reach it first.
The virus had barely begun its journey when it found resistance in a Firewall. It knocked heads a few times to no avail. Unperturbed it retreated and continued on. However at the next computer, it discovered the same problem. It could not adapt as it was only a low key virus. Unchangeable. And so it found itself cruising the super highway. Searching. Determined. Yearning for its destiny.

(Will the virus fulfil its destiny? Or will it find peril in the vast array of security systems that wish to destroy it. Stay tuned...) 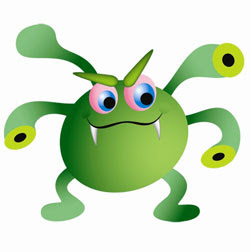 Last we left our Voyaging Virus, it was cruising the super highway, facing continual resistance and rejection. And yet it persisted. Its determination was predesigned.

The virus was a mini warrior. It fought many protection systems. Unable to penetrate the heavy duty business models, it moved onto more accessible targets, the home computers. Inevitably, its life could go only one of two ways. Destroy or be destroyed. Unaware of where it was, (now in the Washington state bedroom computer of tech savvy nineteen year old Crystal Brown), it faced a return attack from a highly powered anti-virus software, adapted by Crystal herself. The virus twisted and turned but it could not escape, a digital fly in multi-pronged web. As it was broken down, on the point of total dissipation, it wondered where it had gone wrong. It wondered why it felt so dissatisfied. It was overcome by a sense of all pervading emptiness. Its purpose had not been fulfilled.

So the next time you are attacked by a virus, don’t be angry. It doesn’t know what it is. And try to fulfil your own purpose, before it’s too late. 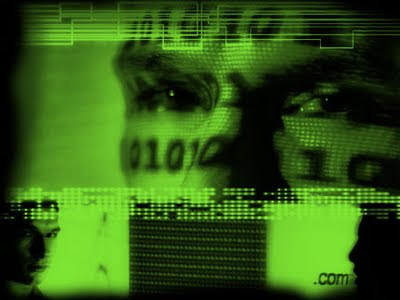 Until next time,
Thanks for reading.
=]