A homage to the written word in Film. 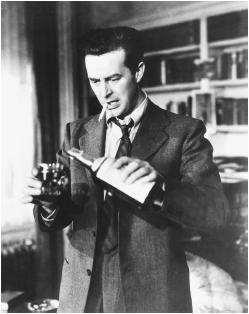 A character study and an issue based film, The Lost Weekend was years ahead of its time upon its release in 1945. It tells the story of Don Birnam (Ray Milland), a thirty something alcoholic. It covers the period of four days, over a long weekend, which sees his relapse from a brief dry period. It seems his long suffering girlfriend and brother have made many efforts to keep him straight and hope that this latest dry spell continues. But only one person can save someone from themselves and in the case of addiction, not even they. This doesn’t pull any punches and was quite bold in its day. Such was the controversy, that the alcohol industry protested against the making of the film, but star director, Billy Wilder (The Seven Year Itch, Double Indemnity), persevered. Nothing like a bit of free publicity.

Wilder wrote the screenplay with Charles Bracket but it was based on the novel by 41 year old Charles R. Jackson that had been published the previous year. The novel was a hit, due to the authenticity and tragedy of the story. Jackson himself was an alcoholic. Despite a writing career that followed all the hoopla of The Lost Weekend, his demons never left him. He also struggled with his sexuality, hinted at in the book but not in the film. Sadly he remained an alcoholic until his suicide in 1968. 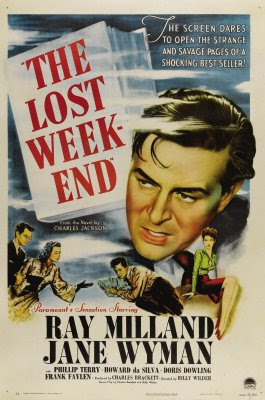 It's hard to imagine any other actor than Ray Milland playing the lead, but initially he wasn't interested. He was a star at the time and not a fan of the booze but his wife convinced him that it would be a career defining role. She was right. He won the Oscar. (His acceptance speech consisted famously of a mere bow).

Powerfully sad, to the point of farce at times, The Lost Weekend demonstrates the tragic desolation that grips the drinker and its effect on those closest to them. Leaving Las Vegas (1995) is another strong film with very similar themes, but Wilder got there first. A wonderfully written character, great dialogue (often performed by Milland in single scenes to himself) and a true classic. 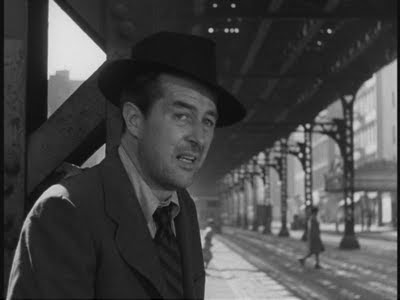