A series detailing my six completed novels in reverse order. 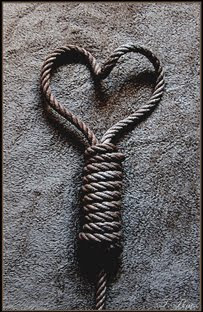 Love is a Dirty Word.
Synopsis.

Laura was fifteen when she first met Xavier. By sixteen a friend of theirs was dead. But was it an accident, manslaughter or murder?

Laura is beautiful, headstrong but with seemingly no thoughts for others. When she meets the boy with the dark hair and brooding complexion, it’s like a lighter dating a can of petrol. Some people just shouldn’t be together.

Tru Luv Kills is told by a mutual school friend as it unfolds. She recounts how Laura’s introduction to her group changes all of them amidst the pace of becoming adults literally overnight, dealing with sex and teen pregnancy, alcohol and drugs, the dangers of social media, separated family’s and violence and her own battle with depression.

In the middle of it all are the lovers and watch out if anyone gets in their way. What makes people do the things they do? Why do people have to hurt others? You may think you have your friends figured out, but do we ever really know anyone?

Only bad can be born from their union, but nothing can stop them from being together.

Based on a true story. 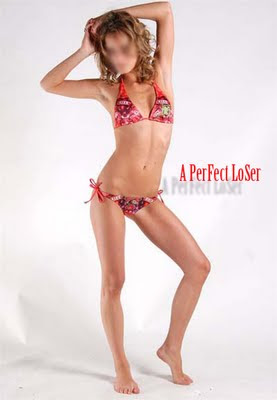 She called herself the Perfect Loser. And was proud of it.


My Diary
(Not to be read by anyone unless you have permission, which is pretty unlikely so put it back Mum!)

Do you think people meet for a reason? I sometimes wonder what brings certain people together. I'm not talking about your Valentine’s Day fantasy affairs with candles and roses and all that. I’m talking about the Bonnie and Clyde's of this world, like Myra Hindley and Ian Brady, Fred and Rosemary West or even O.J. Simpson and Nicole Brown. My mum is a bit of a crime nut and gets me to watch those shows with her. The worst one I ever saw was right here in Australia, the Birnies. David and Catherine. Even their names sound innocent. But they’re about as sick as you can get. I don’t even like thinking about them. If you knew what would happen you'd stop them from ever meeting. Any of those people. It's like a match dating a petrol can. On their own they’re still dangerous, but together…
Some people feel as though they've met before, as though they have shared a life in a faraway country, or maybe in another life. I can't explain that. I just know that some people shouldn't be together, that only bad can be born from their union. Some people are doomed, don’t you think?
I guess I’m leading up to it. I mean, I don't really know if I should be writing this because it's very personal even though a lot of it isn't about me. It feels like I'm invading other people’s lives, especially when one of them is dead and can't speak for themselves. It was so horrible, so unjust, that it ripped me up from the inside. I tried to ignore it, because I had spent way too much time thinking about it. It upset me so much. It still upsets me. It's like a black sludge living inside me. A twisted mess that I have to get out. I keep trying but I can’t get it all out. It’s like a parasite escaping from my stomach. I guess it looks like I'm going to tell the story anyway, maybe just to set the record straight. Hopefully it'll make it easier for me to concentrate on my normal life. Who knows? Maybe it will do some good. I'd even settle for a full night's sleep. Or even a day without my head full of shit.
I am worried you see, because I don't want anyone knowing who I am. This is going to be hard as I'm a part of what happened. I can't really delete myself from the story. So I've decided to tell it from a third person point of view. Maybe you'll be able to work out who I am and maybe I'll even feel brave enough by the end to come clean, but right now I'm going to remain anonymous. It's not like I asked for this to happen. It just did. I wished I had changed suburbs or even cities. But why would I? My life was actually going okay. I had no idea I would be so close to a murder, especially at my age. It’s disturbing. And it’s fresh. The aftermath is still going on as I write this. But I can't begin with the murder. I'll have to go back, before Laura and Xavier began going out, otherwise it won't make sense.
So there I was, going about my everyday life, and like most people, caught up in my own little world. But as I would soon discover, sometimes the world isn't yours at all. And you have to struggle just to hang on.

Coming Next,
Novel No. 5 - Ode to Dead Young Friends. A Memoir.

I'll hope you will drop by.