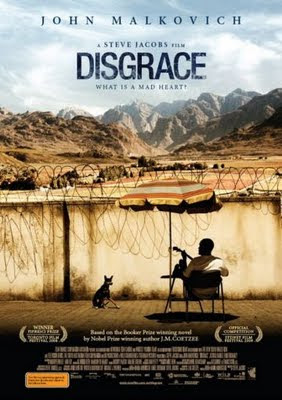 Let’s get it straight. Disgrace is not a pleasurable experience. But that doesn’t mean it isn’t worth watching. More the contrary. The screenplay is based on the novel by J.M. Coetzee about the new South Africa (as it was when the novel was released in 1999) and how many, particularly white people were adapting to the changes after apartheid. And yet, it's not a political film. Its overtones are subtle. It’s easy to miss them, as the personal story of its characters draws you in. Its protagonist is David Laurie (John Malcovich) and his daughter Lucy (Jessica Haines). One represents the way things were and the other, his daughter, is trying her best to fit into the new mould. 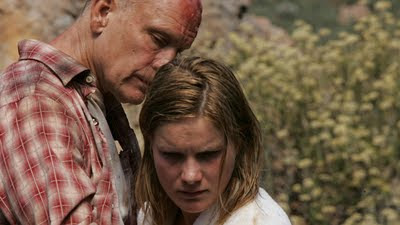 David is a university professor whose brief affair with one of his students goes terribly wrong. He is exposed. And yet he makes no attempt to save himself, a sacrificial lamb to the greed of his own desires. He retreats to the Eastern Cape to spend time with his daughter, who is making the best of a changing political climate. it's filtering down to grass roots level. Perhaps it affects them the most. South Africa is still fraught with violence and few can escape its impact.

It's a rich film, with conflicting nuances. Sometimes right and wrong is all mixed up and it’s easy to get lost in the grey. Director Steve Jacobs and his writing/producing partner, Anna Maria Monticelli stay wide of the obvious, capturing the essence of the novel. 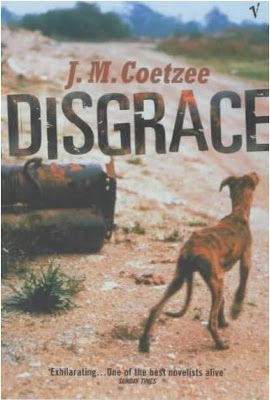 This film has been largely overlooked, a terrible mistake, perhaps because some of its themes aren’t so obvious, and daresay due in part to some of its disturbing scenes. John Malcovich gives one of his best performances, and that's saying something. We are used to seeing delicious tantrums from him, but here he is forced to hold back more than even his character wishes. He is forced to come to terms with his own failings and wonders how he can adapt and yet still live with himself. Not an easy film to endure but a must see.


For more on the novel and it’s author visit:
http://en.wikipedia.org/wiki/Disgrace_(novel)


Coming next,
July is Novel Month,

A rundown on my six completed novels in reverse order.
The Sixth, Tru Luv Kills.