The Streets are Manic...

Richey Edwards went missing in 1995. And was never seen again. 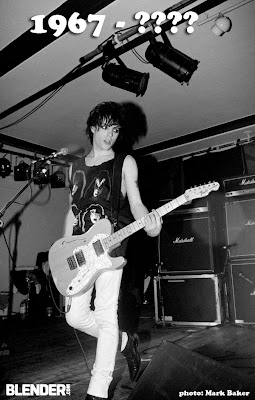 If you know Manic Street Preachers, you're already familiar with the story.
They formed in Wales in 1986, released their first album in 1992 and despite their success, Edwards' personal problems mounted and he disappeared. His car was found near Severn Bridge, not far from Bristol, a known suicide spot. Though never found, he was officially declared deceased in 2008. 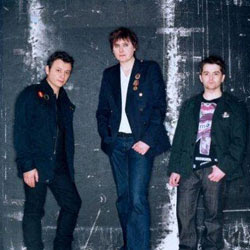 The band went to phenomenal success, particularly in the UK. They just released their tenth album, Postcards from a Young Man. 2009's Journal for Plague Lovers featured lyrics written by Richey Edwards and saw the band return to their punk roots. It was one of the best reviewed albums of 2009.

Last night, the band played in Sydney. I saw them last time they played in Australia, which was at the Big Day Out in 2001. Not getting to as many gigs as I used to and being a fan, I made it along to the sold out gig at the Metro. This is a pic I took from my mobile phone. 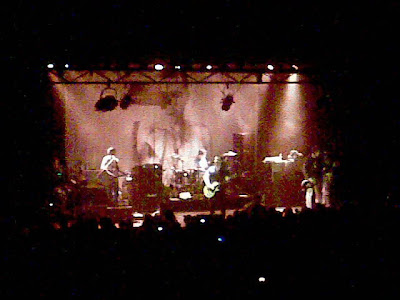 The Manics write lyrics that matter, something lead singer and writer James Dead Bradfield doesn't believe many bands do anymore."In Britain, we've been through two wars and a deep recession and no musicians write about it. Music has been downgraded on the cultural playlist." I have to agree. Sure love is worth singing about, but there are a million other worthwhile issues. Bands used to sing protest songs. There was the Clash and Midnight Oil and many others since. They used to demand change. Now they all sing about love and drugs and rainbow fields.
Sure they're getting on, but the Manics still write great songs and are just as relevant today as ever before.

By the way, they were fucking awesome live.

A Poem, When Ego Comes to Town.