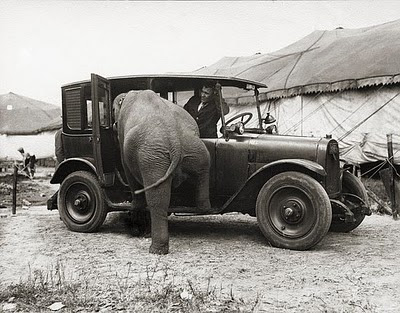 
This is a true story.
Some years back in a riverside town of 600, the Circus rolled in. This was much more common in towns then than now. As they unpacked, a small but ageing elephant stood tied to a tree. Somehow, due to an oversight, the elephant escaped. It wondered off slowly, so no one noticed. Soon though, it became excited by its freedom and ran through the streets, relishing the exercise and the novelty.
Cars were forced to pull over. Tractors idled. Bicycles halted. People watched without moving, just to make sure that this was real. 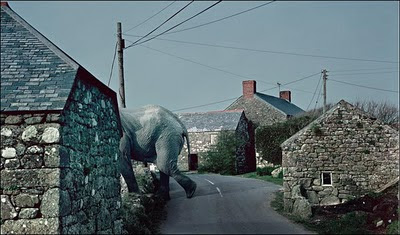 In next to no time, the elephant stirred up everyone. They all joined the chase, but an elephant is not an easy catch. Every now and then a big brave man would step up to grab him, but the elephant bowled them all over. Even when he was only walking and a cheeky teenager grabbed his tail, all the boy could do was hang on, skidding along by the flat of his shoes.
Men, women and children chased him down the main street, some laughing, some angry. Others were too stressed to do anything but stand and stare with hands over their mouths.
Eventually an 11 year old boy came up with a plan. He had also been running all over town, watching the grey animal disrupting everybody and getting a kick out of it, but when it walked into the local park by the river, an idea struck.
He ran ahead to the end of the park where the trees were close together. Having been brought up in the town, he knew that it was the only way out of the park. 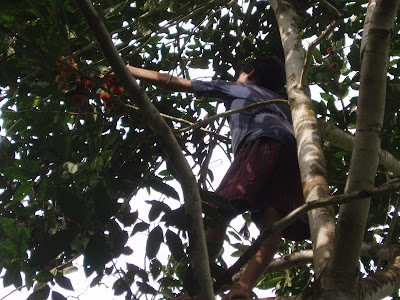 The boy scampered up the tree and waited until the elephant was close. Just as it walked underneath, he dropped onto its back. The elephant broke into a run and the boy was forced to grab the large floppy ears like reins on a horse.
‘Whoa boy. Whoa.’ The voice was young and not at all mean like the adults in the circus and it soothed the elephant. Soon the whispers calmed him completely. By now, he was ready to rest. After all this was a lot of excitement for an elephant with a predictable life.
Before long, the animal was back in the circus having a sleep.
That night all of the townsfolk turned up at the circus. It was the most successful circus ever. Yet the only reason that they all came was to see the elephant that had stopped a town. 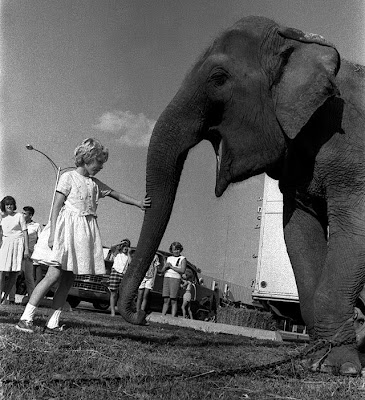 Coming Soon,
The First in an ongoing Series; Dramatist or Illusionist - A Novel Gestation. Ongoing Updates about my Novels.

and more Poetry and Stories.