I am stepping out of my usual Writing and Film mode briefly to honor the lives of two great Artists who passed away in recent weeks. 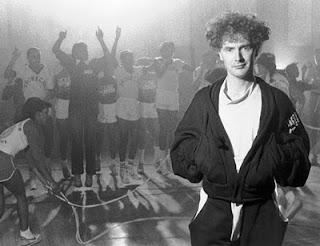 Malcolm McLaren was a manager and producer who steered the Sex Pistols to fame in the late 70's and went on to have a successful solo career himself utilizing different genres such as reggae and electronic music. I have included two examples from those early to mid 80's releases, both of which were big hits. He also managed Adam and the Ants, who were also mega stars in the day. He continued to influence music, fashion and art over four decades.
Stealing things is a glorious occupation, particularly in the art world.
He was 64. 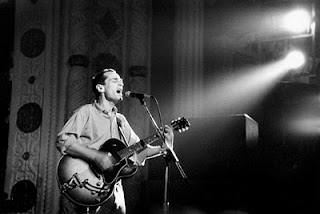 Alex Chilton was a singer songwriter best known as the lead singer in early seventies band Big Star. As a 16 year old, in the Box Tops, he had an international number one hit with The Letter. Big Star recorded three albums in the early seventies, but never found the success they deserved. On fame he said, It's been like a bad dream I never woke from.

Yet their work was much lauded amongst their peers and word spread, resulting in their early nineties revival (minus Chris Bell who died in a car accident in 1978). The new line-up continued to play live up until 2010, propped by the cult success of various re-releases and compilations. Rolling Stone wrote that Big Star "achieved its power-pop perfection when no one else was looking." Chilton also released many solo recordings in the quieter years. On songwriting he said, If it's not an expression of how a person genuinely feels, then it's not a good song done with any conviction.
He died suddenly of a heart attack, three days before they were to perform. The concert became a tribute. He was 59.