You won't believe what she said about the Perve

The Amazon link is below.

Bear in mind that's it not a straight forward novel like a typical crime story. Everyone's interpretation is different. Yet, it's a very in-depth analysis which is fantastic for you to get an idea of what it's all about.

Malcolm is a good-looking high flyer. He has it all, even if he doesn’t realize it. A burgeoning career and a beautiful partner should be enough. Yet, he engages in risky conduct with his predilection for young women. Being elevated, there’s only one direction in which to travel. When you think it can’t get any worse, there’s further to fall.
Prison seems likely. It will test every element of his character. He decries his innocence but will anyone stand by him? Is there more than meets the eye?

Malcolm details his own experience during his spectacular fall from grace into a new reality more surreal and horrifying than he could ever comprehend.

5.0 out of 5 stars There's a Great Story Hiding Behind That Title
Reviewed in the United States on 14 April 2022
Verified Purchase
Anthony J. Langford has done it again. His latest novel, Perve, is as controversial as its title, and just as noteworthy. Before Harvey Weinstein and Jeffery Epstein were household names, the problem of predatory men in the workplace was among its worst-kept secrets, spoken about only in hushed tones by that half of the population who were expected to remain subservient to their male bosses, coworkers, and associates. With Perve, Langford peels back the secrecy of these sexual politics, but does so in a very unexpected way. Rather than looking into the issue from the perspective of its victims, he tells us the story of one man’s journey as a predator, or, more colloquially, as a Perve. Langford is a skillful author, and his words have very specific and colorful meaning. In addition to his novels, he is a gifted poet, and his language is his paintbrush. Perve may shock but it does so for a greater purpose.Malcolm Thompson is a successful corporate executive who happens to be living a decidedly seedy second existence. To the outside world, Malcolm is the ultimate winner: rich, handsome, upwardly mobile, with a loving partner and a terrific long-term relationship at home. Malcolm’s mind, however, is fueled by chaos and compulsion. His thoughts are packed with sexual craving. Women are always on his mind, at least parts of them are. Every woman passing his sight is instantly evaluated and categorized, rated for her ability to bring him sexual satisfaction. Is she old enough? Too old? Too young to be legal. Too fat? Too skinny? Are her breasts large enough, perky enough? Is her backside appetizing? And, of course, most important of all to Malcolm, will her vagina bring him the ‘magic’ he desperately desires. Ah, what dreams are made of. For Malcolm, his sexual fantasies are only eclipsed by the actual actions he takes to turn these fantasies into reality. What happens next is a focal point of Perve as we follow Malcolm’s cravings to fruition and then to the ultimate downfall that comes as a result of his breaching societal norms.One thing is clear. Perve is no rallying cry for the #MeToo movement. In fact, the women in Malcolm’s orbit are not the emphasis of Perve. They are as Malcolm himself sees them, steppingstones to the next conquest. Even the teenager he spends years grooming until she becomes “legal” is never seen as a fully realized human being to him. He “loves” until his manhood simply points him elsewhere. This is no Lolita-styled love story. This is about Malcolm’s self-interests alone. 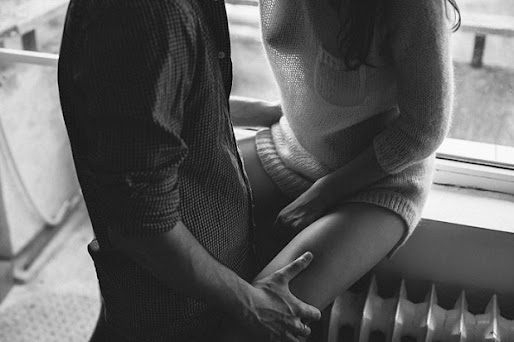 Perve is written in three parts.The first may leave some readers stunned (or embarrassed) as the stream-of-consciousness spilling forth from Malcolm is both crude and vividly illustrated. As always, Langford reveals his poetic creativity in coming up with a variety of euphemisms for the female genitalia Malcolm craves, but ~whoa! ~ there’s just so much of it. Malcolm is obsessed and it consumes him as well as the reader, which can prove exhausting. Certainly, one unasked question of this narrative that will be utmost in the reader’s mind: Does Malcolm represent an aberration among men or is he typical of how the male species actually thinks? It’s the kind of discussion topic Langford is great at creating for any book club aficionados out there.Langford continues to commit to Malcolm’s skewed viewpoint, by skimming past the details of what lands him behind bars, and instead focuses the second section of the novel on Malcolm’s experiences during a years-long incarceration after “The Crime.” Malcolm does not actively acknowledge, admit or understand that his actions are responsible for his prison stay. Instead, he persists in decrying his guilt and places the blame fully on the women he victimized. His is a story met with ridicule by pretty much everyone inside. The guards ignore him. They’ve heard that tale ad nauseum. His fellow inmates scoff because “everybody in prison is innocent” except for him, who they have labeled a rapist or a pedophile. And the rest of the world? It has forgotten him.In a startling turnaround, it is now Malcolm’s time to discover what it is like to be objectified and used. He faces over a decade of coping as a man without power, without a credible voice, and without a means to overcome his torment. Clearly, Langford structures this as an allusion to the trail of suffering Malcolm has left in his path on the outside. While neither Malcolm (or Langford) dwell on what’s become of the women Malcolm has been intertwined with, they are hard to forget. The graphic first third of the book paints a far-too-graphic picture to be forgotten, and if there is any criticism to be had of Perve it is in the fact that, while Malcolm may not care about the women he has used and discarded, this reader would have liked to know how they survived in their own post-Malcolm worlds. 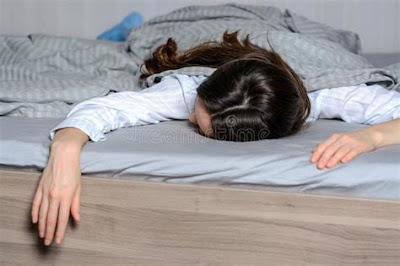 The final chapters of Perve steps backward and forward, completing Langford’s masterwork on toxic masculinity. Readers are finally privy to “The Crime” that landed Malcolm behind bars. The irony of what cements Malcolm’s fate lies in what really happened on the night in question rather than during his prior lifetime of miscreant behavior. At the same time, what future awaits Malcolm after an eleven-year time-out is a shocking indictment that debunks the mainstay belief that prison is a corrective system meant to provide rehabilitation.Saying more than this would spoil an absolutely jaw-dropping finale.Like his last book, Lone Wolf World, Perve’s title character is neither likeable nor what one usually expects from a traditional protagonist. The Perve is more of an antagonist, but this is his story, and Langford demands it be told as if Malcolm is the hero of his own life. This can sometimes make the reading difficult because most readers’ common sense will revolt against Malcolm’s thinking; however, how better to understand an unhealthy and damaging pathology than to witness it firsthand?Langford takes great risks in his writing and does a masterful job sculpting something ugly into a precise and revealing work of art. Perve is shocking, sometimes depraved, and always entertaining.