He became Famous After Death - A teen sensation. Yes, just a teen.

Thomas' story is quite a unique as he was only 17 when he died.
He took rat poison. He died in 1770.
He was a poet. He was barely known during his lifetime. His work was said to inspire the Romantics like Keats and Co. 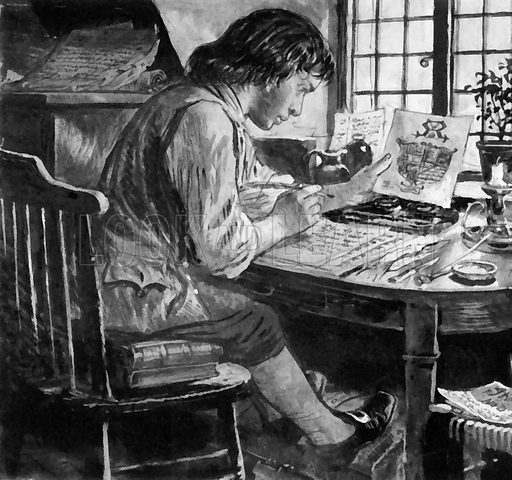 Unlike many poets and writers and successful creatives, Thomas was born into poverty. He was fatherless.
However, he was very studious as a child and was writing good work by the age of 11. He began passing his work off as a imaginary 15th century poet called Thomas Rowley. People weren't familiar with medieval poetry so he got away with it (though was called out by Horace Walpole).
By 17, he was searching for publications for his political writings. He even managed to impress significant people like the Lord Mayor but he could not make a living out of it.
It's the usual story of talent being rejected and the very thing that makes a writer great, that insight, that sensitivity, was also his undoing.
In despair he took his own life. 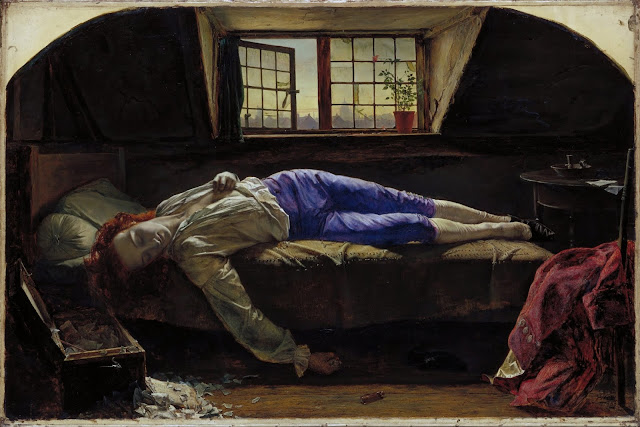 The oil painting The Death of Chatterton by artist Henry Wallis.
The Romantics poets were quite taken with him. Standard fare. Everyone loves a dead artist.
He found everlasting fame, but not in his lifetime.

Elegy On The Death Of Mr. Phillips

First Stanza
No more I hail the morning's golden gleam,No more the wonders of the view I sing;Friendship requires a melancholy theme,At her command the awful lyre I string!
Thirty-third-last Stanza
And can the muse be silent, Phillips gone!And am I still alive? My soul, arise!The robe of immortality put on,And meet thy Phillips in his native skies.
My Poetry
More Famous After Death 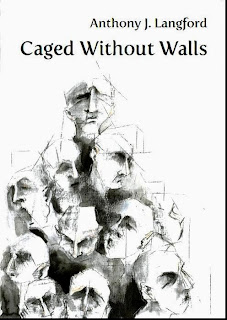 Please consider a book as a gift or for yourself.
Support the arts, an independent author and purchase a gift that can last a lifetime.
My Books 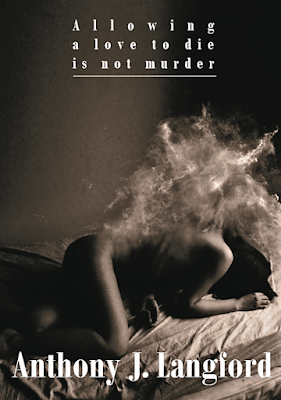 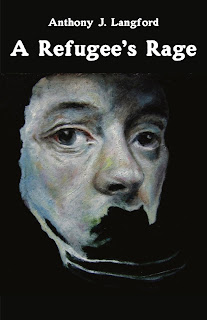 Peace to you my friend.
Posted by Anthony J. Langford