These two read it and you won't believe what they said... 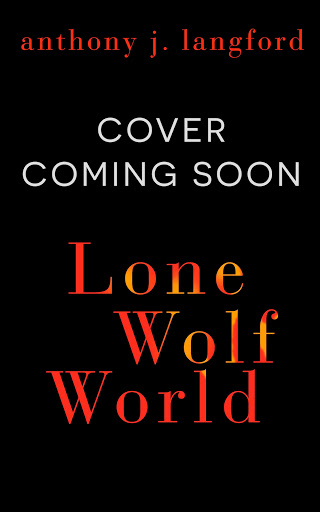 Langford’s protagonist, a cynical anti-hero, manages to make Chuck Palahniuk look like a motivational speaker. There are so many quotable barbs and brutal, uncensored observations that you could easily use Lone Wolf World as the basis of a side-splitting book of insults. But beneath this merciless surface, there is something deeply raw and honest at work. Langford proves that he has a tongue even Oscar Wilde would have described as "sharp". This is a bloody good read. – Pete Malicki – Author, Playwright.

There is no place lonelier than the inner city. No place more fitting to make observations on the fallibility of human beings and the easiest to design their downfall. Ideology isn’t his motivation. He hates everyone, equally. His voice is unique. And he will be heard.

‘Some soldiers say that War is the only reality that made them feel alive. Feasibly they didn’t want it, but they got it. They can never go back. Neither can I.’