Email from The Lone Wolf to You

I’d say your name but I don’t know do I?
Anthony tells me that he is supposed to write a synopsis about his book. Which is really my book, as I’m the one in it. Let me ask you this. Do you think they asked to see a sample of Michelangelo’s work? Did they expect him to provide a mock-up of the finished artwork in a replica stamp? Or asked Galileo what he was up to and he handed them a matchstick figurine and said this thing flies?

I’m not doing it either. You see, some things just can’t be explained succinctly. You’re going to find out somehow as my journey is too crazy to stay dormant. I don’t do dormant. You can find out all about my incongruous childhood, all the way through to the home invasion, the monkey attack, the Ulysses style sojourn through suburbia and the many personal attacks. People react strongly to anything different. I’m like a walking pin cushion. A voodoo test dummy for the uninitiated. There’s so many life lessons, witticisms, shocks and shrewdness, that people should pay me to read it.
Oh. That happens already. (You better pay me Langford or I’m coming for you next).

It may be a bit difficult to find me, considering what happens at the end. Anthony will have to take care of that for me. But don’t let him ruin my Homer-esque legend. He’s a decent enough guy but you can’t really trust anyone these days. Not fully. (Sorry Langford. But not sorry).

The central event is of course the insane act. Some might describe it as terrorism. That’s because they have no imagination. It’s a message! I’m not your run of the mill loner warrior. Religion never enters into it. You can read that stuff in the paper. By the way, I give media the big dressing down that they deserve. I’m being a bit flippant but trust me (never trust anyone who says trust me), it’s not all fun and games. Sometimes it’s downright Hell. Especially for me. I’m the one living this shit, you know. 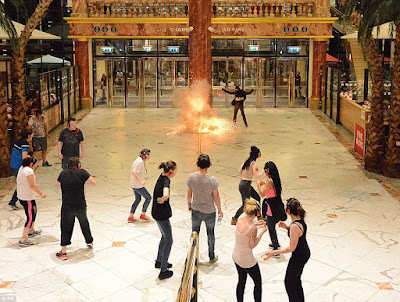 It’s all here. The book of Now. The tale that needs to be told. It has been told. By me. You can pass on Go, but don’t pass on this. Someone’s gunna take it because people like me only come along once in a generation. Strike it while it’s hot, ‘coz I’m outa here and if you’re not along for the ride, you’ll be eating a sorry shit sandwich of regret. 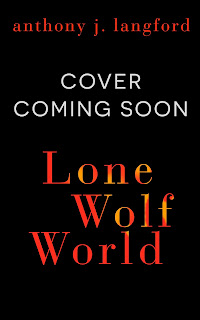 * After a long run of rejections and mostly non replies (is that a phrase?), I decided to write a submission to publishers and agents using the Lone Wolf's voice. Afterall, being original, creative while providing an insight into the character and the novel goes a long way, right?
Wrong. They're either not looking or they just don't read your email. Well, kind of the same thing isn't it? Unless youre connected, ie your Auntie works for the publishing company, then you've got fuck all chance of anybody looking at your work. I guarantee that 99% of submissions I've sent over the years, were never even looked at. And if they did, they never read beyond the submission itself, which is not the same as reading your novel. They wouldn't have a clue as to it's content. If you're very lucky, they may have read the first paragraph. That's all they've got time for.
And that's all I've got time for. The Lone Wolf will have his day. And it will be soon.