Climate Change Warrior stars in Rally Me Ass Off


Call me The Climate Combatant


On the way to the Protest, I knew my headache was caused from lack of caffeine, so I got a take away coffee, plus a bottle of coke and a bottle of water. It was going to be a two hour rally, so had to keep my fluids up.

Not long after I got there, and started taking heaps of photos and videos, I realised that my battery was low. I hoped it would last the day before I would have to charge it. I wanted to share my exploits on all the socials. I even considered joining up Snapchat just to get my awesome selfies out! But I didn't have the battery. Woe is me. (electricity is so expensive too huh.)

The night before I had stayed up late making an awesome banner. There was talk of rain so I knew that paper or even cardboard was a bad idea. So I got some hard plastic from the art store, the type that real estate agents use. I didn't have any wood or nails so I got two hard plastic sticks, some super glue and Hey Presto! Awesome! My banner said,


Before cars, we had gas lamps. before that, fire. When will it end?

on the other side it read;

No Oil, except Baby Oil! Baby Oil is awesome for babies, and Nookie.


I realised the Oil one was dumb so had to glue paper over it and wrote;

There is No Planet B

but then I realised that every second person has that dumbass banner, even though I had thought of it first! So this became my Banner Plan B.

Save the Earth. There's no air on the Moon!

But then I realised there would be lots of kids and young people there who would grow up and have a few kids each, so I didn't want to offend anyone.


After some speeches, which everyone agreed with, and some cheers and songs and a shitload of photos of each other, we all went home, luved up and happy with ourselves. There was so many people there. Maybe 30,000! There was so many that you wouldn't believe how much rubbish was left behind! Thank God we didn't have to clean that up!

I went home exhausted. Luckily I had parked my car near the train station, otherwise it would have taken me an extra hour to get home! Fuck that! I was so tired!

I felt so proud of myself, that I ordered some booze, Home Delivery. I also ordered some Uber Eats. I even tipped the dude on the motorbike! I took my paper bag and removed the napkins, three plastic containers with a Beef Burger, (those cows fart a lot of greenhouse gases but I do love my meat!) plus Chips and Chocolate Brownie with plastic knives, fork and spoon. Yummy!

I sat down, on my admittedly burgeoning bum, in front of my 60" TV and watched a movie while my phone was charging. Later, I hit those socials like you wouldn't believe. I got soooo many Likes! Wow!

Tomorrow I'm driving to the Mall for lunch with a friend and later a coffee with my sister and her four kids. I'll probably shout them milkshakes again. They love chewing on the straws, the little urchins. Maybe in-between I'll do some shopping. Don't wanna spend too much but I do need new jeans and shoes. Those ones from China are pretty cheap. Maybe even a shirt from Bangladesh. Sometimes you gotta treat yourself too. I deserve it!


I know hypocrisy's bad, but after a protest, I sure feel good!

I'm not a Climate Change Denier. I care about the environment as much as anyone. I'm simply saying we're all part of the problem. If you're going to protest, be more specific. Generic rallies are useless. Protest outside the Chinese embassy. They're the worst polluters on earth and they're doing nothing. Protest outside the headquarters of plastic companies like BASF. And fossil fuel giants like Exxon. Also take responsibility for your own carbon footprint. Get up an hour earlier and walk to school/work. Don't drive. Don't fly. Give up meat. Shop at fruit and veg. markets and not plastic laden supermarkets. Give up the phone. And the TV. Don't use the damn dishwasher or washing machine. (I haven't used either for 4 years). Reduce the amount of electricity you use. Plant your own trees. Grow your own plants and vegetables. Pick up rubbish along a waterway, or a nature reserve. Don't use chemicals, such as shampoo, perfume, make-up, toilet spray etc etc. And saying that the world is going to end by 2050 is just scaring the kiddies. If you really care that much, then don't breed! 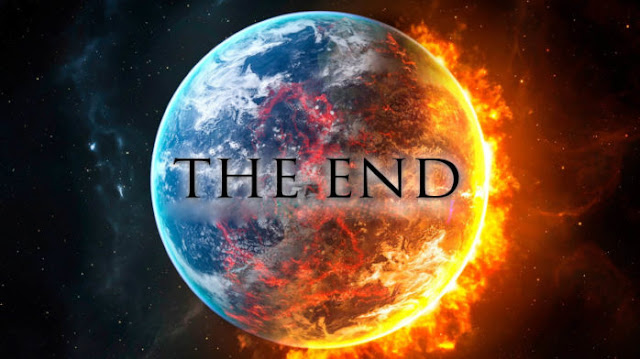 
Save your battery and read my new book - all Proceeds to Asylum Seeker Resource Center. Now that's some real action!
A REFUGEE'S RAGE | Anthony J Langford 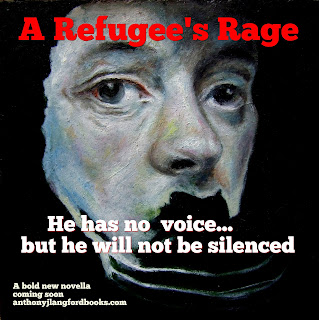