Singer/Songwriter Charles Jenkins on 'keeping it fresh', cartwheels and being a nerd.

Late in 2017, I interviewed Charles Jenkins about his (then) recent release with the Zhivagos;
The Last Polaroid. 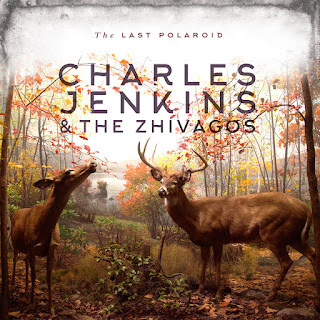 Short bio
Charles Jenkins* is a Melbourne songwriter/musician, producer and performer with more than 30 years experience in the Australian Music Industry.

He has recorded and released 14 albums, both locally and internationally, toured Europe and the USA several times and been nominated for two ARIAawards with the Icecream Hands. In 2014, his sixth solo album Too Much Water In The Boat won the AGE/Music Victoria award for best folk/roots album.
* From his official website. 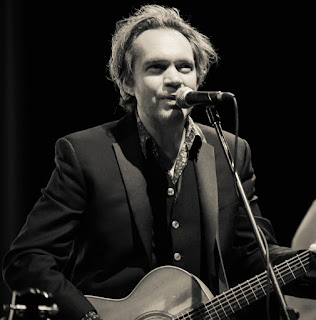 Hi Charles. Thanks for coming along for a chat about your new record. It’s positive. Upbeat. You could almost be forgiven for expecting the opposite with the title of The Last Polaroid. What is its significance?

I’m not really too sure how that line came about. It was just one of many scribbled in my notebook. As it comes after a line about the River Esk, I assume I wrote it in Launceston. I had pages of lines written out starting with the word “May…” On I went, page after page, some lines worthwhile, some decidedly not. I sent them to a friend who suggested I just keep the last ten or so lines, which I thought was rude, but that’s what friends are for. I picked up the guitar, and it was in an odd tuning and so I just fluffed about until the melody and chords and rhythm matched the words. To me it reads like a goodbye between two people who have been through a lot together. Someone has suggested how it could have been the last song on the record, due to the lyric, but musically it’s such a wonderful start to the record.

Does the album have a theme? Do you believe in things such as concept records?

I love concept records, and I’m always on the lookout for any kind of loose concept record idea. Parameters are great. We did one about people and place names – The Blue Atlas. We did one about water – Too Much Water In The Boat. We did a country record – Love Your Crooked Neighbour With Your Crooked Heart. The Last Polaroid is not a concept record, but I knew the producer Nick Thayer would be very good at making the most out of each song, as in giving them their own identity, which he did, so I wanted songs that could be different, yet compliment each other. The short answer is probably that the fast ones stayed and the slow ones went out the door, with a couple of exceptions.

Each creative venture carries its own persona if you will, its own vibe. How was the overall process in creating this album?

This album was a lot of excitement! We had zero dollars until two couples Barry and Susan Williams and Andrew Bartlett and Sharyn Maskel helped me financially pay the band and producer. The lack of coin in the early stages led to us each recording on or own, as I could not afford a studio, and most of the band have their own little studios, so it made sense. We first did drums and guide vocals and acoustic initially, and then Nick would make the drums sound great and then send it on to Davey who would add his stuff and send it back to Nick who would mix his stuff and send it onto Art etc etc. I loved the process. People could get an idea, get a sound, and then get a great take all in the privacy of their own spaces, and dressed in their pyjamas.

Mainly guitar, mainly mistake ridden guitar chord progressions. Sometimes there are ideas away from the guitar. Sometimes I get this urge to just pick up the guitar because I feel as though I’m going to write something if I do! Mostly I’ll fumble on a chord that sounds good in relation to the ones around it, so I figure out the best way forward with those chords and the melody and lyric stems from the chords and the feel of the song. The music has to suggest the words. I rarely write the other way around, though I wish I did. It’s just that until it’s wedded to music, the idea may not be of much worth! The music validates it for some reason, and that gets you further interested in developing the idea until it resonates, and fulfils the potential of that half baked idea that you had way back then.


You’ve worked in many different incantations, from Ice Cream hands to the Zhivagos. Do you like working within a band? Apart from the obvious, how does it differ to being a solo artist?

I love working with the band, and both bands are pretty similar. I just don’t like losing money, hence the lack of band gigs interstate. I’ve been very lucky to play with incredible musicians, and so if a song can work solo, then I know it’s going to fly when the band gets a hold of it.

You’ve been a prolific artist Charles. Your work never seems to get old. How do you keep it fresh? How do you stay enthusiastic?

I’m obsessed by song-writing, and I love performing more than ever. I have a great collection of songs on the floor, on the set list, if I do say so myself, so that gives me confidence to play anywhere, anytime. One feeds the other. For example, I play every Monday night at The Retreat Hotel if I’m home in Melbourne, so I decided to write a song about playing every Monday night at The Retreat. Talk about the audience empowering the speaker! That’s how much of a nerd I can be.

Haha That's great. Do you think its tough being an artist in Australia? So many great ones have seemingly faded away. How does one not become bitter?

I have many friends that are painters and sculptors and print makers. Now that’s hard, much harder than performing to make a living. Whenever things are getting pretty heavy I also like to remind myself that I’m not making a movie.

What can we expect for you in the next few years?

I’ve got a slow record ready to go. Woo-hoo, let’s party right? I bought a nylon string guitar about a year ago and songs just fall out the thing. It’s wonderful. That’s the goal for 2018 to get that out and play overseas again, and around Australia much more. And to do the Macarena more often.

Thanks for dropping by.

Punters please get your hands on the varied fantastic goodies here…. 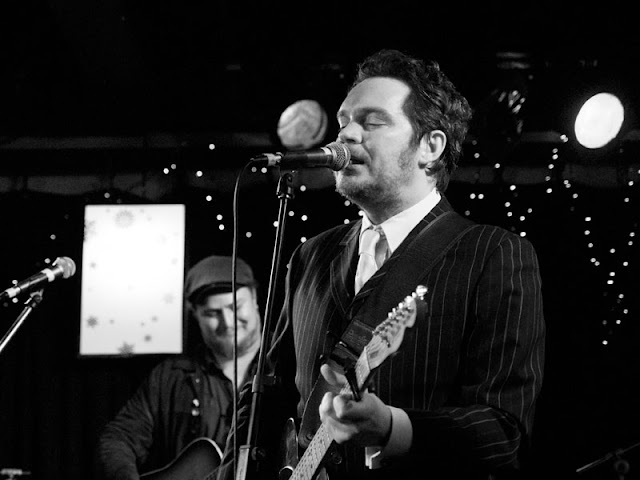 More in the Interview Series