Poor Ernest.
As talented as he was, with some published success, Ernest was a troubled man. He was very sensitive, which no doubt gave rise to his enormous talent as a poet, but life itself was a struggle.
It's a story we've heard many times before but the two were certainly evident in Ernest. Creativity and Sensitivity.

As a young man, he was very social and had contributions to literary publications. Despite these minor successes he was not well known. He collaborated on two unsuccessful novels with Arthur Moore and worked on a novel of his own, Madame de Viole.
Most of his work in later life was a translator of French literature.

His father died when Ernest was just 26 and his mother committed suicide a year after. Ernest never recovered from these losses.

Romantically he was unsuccessful too. Just looking at this photo, you can see the strain in his tender face.

Oscar Wilde provides a great insight into the type of man Ernest was, as sad as it is;

"Poor wounded wonderful fellow that he was, a tragic reproduction of all tragic poetry, like a symbol, or a scene. I hope bay leaves will be laid on his tomb and rue and myrtle too for he knew what love was." 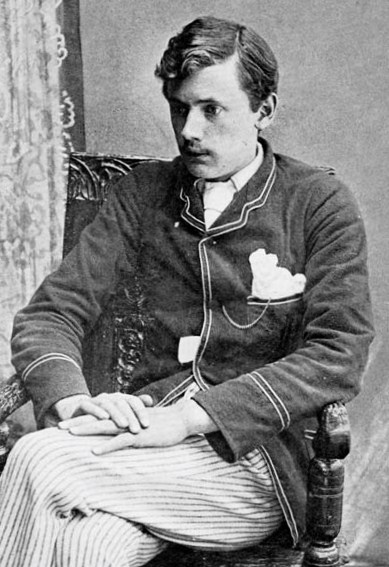 His most famous poem. 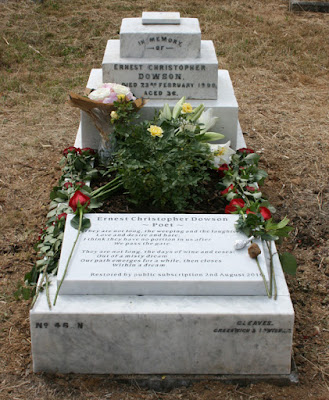 His gravestone was refurbished 110 years after his death, paid for and celebrated by many locals. 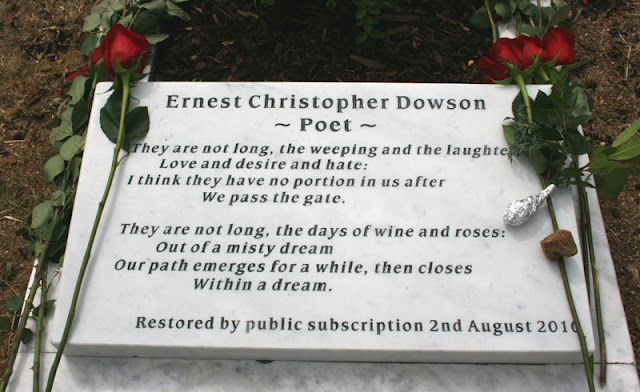 Gone with the Wind, is a line from one of his poems. Margaret Mitchell loved it and used it for her novel.

In the Poems and Prose of Ernest Dowson, a 1919 memoir by Arthur Symons, Symons stated, "... a man who was undoubtedly a man of genius ... There never was a poet to whom verse came more naturally ... He had the pure lyric gift, unweighed or unballasted by any other quality of mind or emotion.."

Other entries in Famous After Death.