Anthony:      Do you think it's difficult being an artist in Australia?

Sofie:           I can really only speak for myself. I mean, I was an actor for a long time and that was pretty difficult. You’ve got to be resourceful. And I was unemployed. I didn't have the dream acting work that I wanted. That was pretty difficult for a long time. But I should be speaking politically, really, shouldn't I? About what it's like for other people and not just me. I don't know what is it like for other people out there. I like being an artist in Australia. I don't know how politically correct that is to say. I suppose I should be saying things like, we are not recognised the way we should be. All the funding that goes into sport. The way our people don't read enough. I should be saying all those political things. I suppose I'm aware of all of those things. There's not enough money. People aren’t buying enough books. For me personally, I love being an artist in Australia. I consider myself lucky.   (pauses)   I’ve got to start the car. I've got Bluetooth.

Anthony:      So, you've been talking and done all that with the kids? Got the kids into the car at the same time?

Anthony:      Have you seen that film Locke with Tom Hardy?

Anthony:      It's called Locke. The entire film is set in the car while he's talking on Bluetooth.

Anthony:      It's absolutely brilliant. Well, you know how good Tom Hardy is.

Anthony:      Now it's Jimmy Giggle and the Teletubbies.

Sofie:           Haha no there's no Dirtgirlworld at our place. I've got two boys you know. Maybe that changes things.

Anthony:      Alright. What else can I ask you? I guess that was the question really. Has having children changed you as a writer and as a person?

Sofie:           Haha yeah they do. But I am too busy. And that's uncomfortable. It's too much. It's definitely too much as in... So I quietly wrote my book in my own bubble on the edge of having kids, and that suits me. But then I did this. I didn’t know what this was sort of… all going to mean. It was all this, you know, like the publicity and people reading it and going out into the world. I didn't know what this whole sort of thing was going to mean. This career thing.

Sofie:           Well the Miles Franklin was a wave of publicity that lasted about three or four months. That was a big wave. But this wave has been bigger.

Anthony:      It brings you back to earth doesn’t it? From Miles Franklin winner to nits. Haha

Sofie:           Yeah. You've just got to put loads in every night for ten days. Literally half a cup of conditioner and comb it through and that's the only way.

Anthony:      Before I became a father, I was a step parent to three. So all five of us had it at the same time. And it would be the same thing.

Anthony:      But I'm not with their mother anymore. I’m a single parent now.

Anthony:      Yes. The seven year old. Same mother to the step kids. So she's got four kids and I've got one.

Anthony:      Well I never wanted kids. So I suddenly ended up with three overnight. It was add hot water and stir. So, it was interesting.

Anthony:      Alright. I don't want you to have an accident or anything. Just quickly to finish up. Have you got something coming up next or going to have a break or…?

Sofie:           I’ve got a trip up to Sydney but I can't see myself having much of a break, just because that's not my personal style so much. As soon as I've got the energy and space, I'm sure something will happen.

Anthony:      Okay then Sofie. Thank you very kindly for the chat. I really enjoyed it. 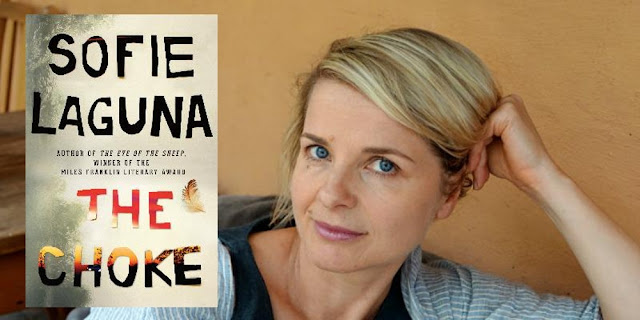 Part One of the Interview here.