Topical but not a new problem

There's been a lot of talk in Australia lately, especially New South Wales about the problems of alcohol related violence. In particular, the tameness of the sentencing. Of course, this is not a local problem but a global one. It's also a very personal one. I've been assaulted twice, both involving alcohol. The first one occurred not in the inner city but in rural Victoria.
The second was in Ireland. Without going into detail, I'm probably lucky to be alive. I spent time in hospital and suffered post traumatic stress. Given situations faced by others, I suppose I am quite lucky. It's a subject clearly close to me. There has always been this issue, so why is it worse today? Are young people so disengaged from the world thanks to the barrier of social media/video games etc that they lack communication skills? Is it over reporting by the media or is it something else?

All I can do is present to you a poem I wrote over a year ago in the first week of January 2013. I had hoped that it would have been published but its too topical to wait around for rejections (there were three). This is based on a story I read about that occurred here in Australia. Of course, it could be anywhere. As in much of my writing, I built upon existing truth without exposing what is real and what isn't.

He was looking forward to that first beer

Some 80 minutes previously
And had called him pussy
He probably could have gotten away with it
Being New Year’s Eve
Eve
And 20 years old
Yet was determined to hang on for another 30 minutes
Easy enough
As they had already left the pub
And were at a 2 bit pizzeria
(Though you wouldn’t expect more
In a small coastal tourist town).

Feeling the full force
Of the sinking sun’s rays
Enough to bring on a sweat
In turn, enough to initiate a yearning
For that first beer
The irony being, that he had to wait
Until they finished eating
By which time it would be after 6
Even though he was prepared to break his own rule
This once 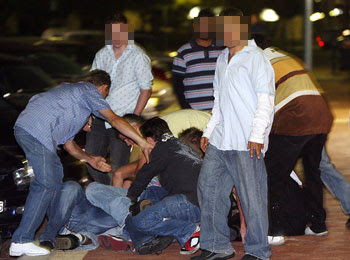 When they suddenly arrived
Lugging attitude
And aggression
Evident in their faces
And postures
Before they said,
‘What they fuck youse lookin' at?’

He counted 5 of them
Before turning away
And had not said a word
Though the unofficial leader of his group
Had already begun to temper
The situation
Which was already nasty
For no real reason at all
That he could think of. 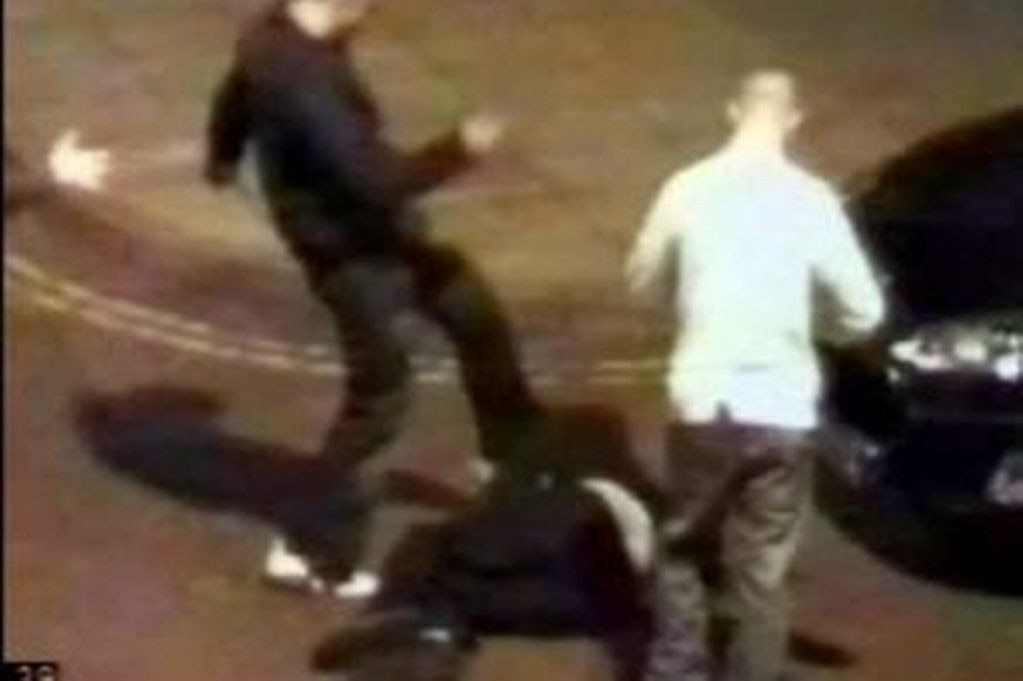 So far away
When the nearest intruder lunged
(sort of fell)
onto him
And something hit him in the face
And he went back in his chair
And knew that he was going to hit the concrete
Hard
Was already destined to
His body not of his control.

His perception ceased.
Chaos followed
Shouting
Spectators
Running
Though one was left
Motionless.

Ambulance
Police
Hospital
Statements, frowns and tears
67 hours later
Life support turned off.
4 days after that
Arrests made
And while a 26 second battle
Became a lifetime struggle
For all
It’s difficult to determine
What was the point.

Nothing angers me more than the gutless, pathetic cowards who inflict violence on another, usually when they're unaware, and the lack of adequate sentencing by judges and government, who travel safely from cars to work and to their dinner parties, and rarely are exposed to these loose cannons, who do not deserve the freedoms that some in other countries, would give their left hand for.