True life stories and a little behind the scenes

The final Caged Without Walls post in this, the promotional first month of it's release. 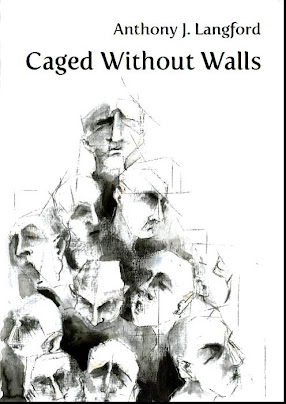 Many true life incidents are recorded in some way in Caged Without Walls. One such example, is The really important stuff.

Most of the incidents were from news stories of the time when I wrote it early September 2012. The bus crash occurred in a small town in New South Wales. The balcony incident in Sydney. Bryce Courtney had been diagnosed with terminal cancer. Julia Gilliard's father died. You get the point.

The poem first appeared in the Vine Leaves Literary Journal as the very last piece in Issue 5.

A young Australian man mixes
Booze
With a balcony
Doesn't make it to daybreak.

A Canadian backpacker gets lost
In south east Asia
After a bar hammering
She wanders into the wrong area
Is robbed, bashed and raped.

It’s a school bus
Both drivers are shaken
Only
An eight year old boy is dead.

An eighty year old author has cancer
A politician’s parent is dead
A sporting star is insulted
A man is stabbed eight times
For twenty two dollars.

There’s a fashion show coming up
A franchise movie sequel is out
With that controversial star
Who had sex
Or drove a red light
Or something.

A hundred thousand people
Are affected by a new government policy
On disability allowances
Made by a half mad new premier
Who was in the right place
When the crowd grew tired
Of the last mob.
Fuel prices are down this week
We should take advantage.
Houses aren't selling again
Fickle market.
An elephant gives birth
In a zoo
The people go to work
And read the paper
And eagerly flip their smart screens.

No witty conclusions
Just another day.


I took this photograph as a record when I had finally worked out the poems I wanted to submit as a book and also in the order I wanted them in. It was a process of culling and being able to shift them around visually to make sure they worked with one another, and perhaps, in some way, create a flow, if not a broad narrative. I simply found it too hard to do it effectively on a computer.

To order Caged Without Walls, please contact myself or the publisher.
Also available from Abbeys in Sydney and Readings in Melbourne. (Now available on my website).
My Books

The 7 Pillars of Love.

See you then lovebirds.