A Writer’s Frustration – Schemes to get Published. Pt 3 - Make it 3-D 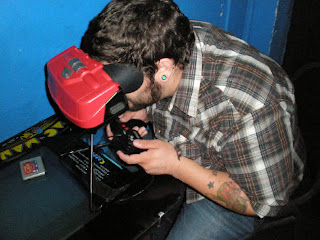 
Despite writing seven novels of strong literary merit, in a variety of genres, I am still yet to find an agent, let alone a publisher to take me on.


Here then, are some ideas to boost that possibility. 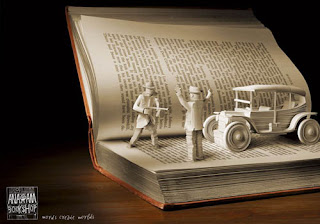 I’m going to make my next novel in 3-D. It’s the future. Except Now. With text so crisp you can eat it. Literally. When people say that they consumed my novel, they’re not kidding. They ate that sucker. Each page will be a culinary 3-D experience. Page 51, Mango. Page 142, Chilli con Carne.

However if you want to re-read it you’ll have to regurgitate, though it’s probably too late. Okay, I’m not going there… Hell, just buy another copy.. from the fridge. 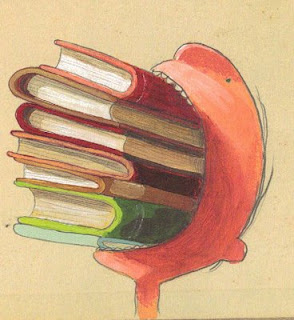 I suppose I could make an e-version for all those e-book enthusiasts, (and isn’t there just sooooo many of them). Apparently, according to Amazon, there’s more e-readers than people. They’re crawling out of the e-cracks for their e-fix.

So the reader dons their 3-D glasses, because they’re lots of fun too and not annoying on your head after thirty minutes and e-presto! The text flies out at them. Instead of a word in italics, it slides sideways and falls off the page. Watch your feet! Instead of a sentence ending in an exclamation point, it zooms out and hits you on the forehead. Nothing like having a point driven home. 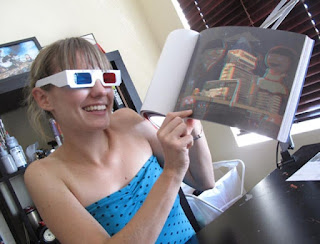 Chase your book around the house! Or better still, especially if it’s a horror, run from it in terror. You’re frustrated? Beat the crap out of it. It can take it. Better still, you take it to the beach. Not only can you read it, you can body board on it too.
Next step, the interactive book. It’s your best friend. You can have a conversation with it and it never disagrees with you (it’s just happy to be bought). You like it so much, you can whisper sweet nothings to it. Hell, go ahead and make love to it. It’s your new favourite book after all. Better than a person. Yes it does have an opinion but it never changes.

It’s especially great for curling up on the couch or cuddling in bed. OOOooohhh, I lurve this book... And unlike some partners, can stand up to repeat performances.
OOOooohhh…
I think I’m going to be rich.


Part One - The Stephanie Meyer School

For My BOOKS and VIDEOS
visit.... https://www.anthonyjlangfordbooks.com/