Amber Heard has revealed herself to be a complete narcissist. Unable to accept any responsibility for any of her actions and words and blames the entire world rather than herself. Johnny Depp. His fans. Men. The 'patriarchy.' The lawyers. His and hers. And the ones initially used to approve the Washington Post article. The police. Social media. The jury. The media. 'Paid' campaigns against her. And she covers her lies with more lies. She can't stop. Nor will she. This is what narcissists do. Any attention is good attention. We know this now.

Yet, it wasn't long ago that most people believed her. They believed that Johnny Depp indeed was an abuser. His career and reputation were destroyed while hers went on. What is really telling is that at no point, was there any evidence of her being abused and yet there was evidence of her abuse, in the infamous audio recording.

"Tell people you are a victim of domestic abuse and see how many people believe you."

If not for that recording, Johnny Depp may still be viewed as a perpetrator.

Why then, in the face of such polarizing evidence, was she believed and not him? Simple. She's a woman and he's a man. Read this crap article which shows the type of bias against him. "Nicki Norman, chief government of Women’s Aid, stated: “The allegations of home abuse towards Johnny Depp had been extraordinarily severe. Everybody who has skilled home abuse deserves to be listened to and believed."

Here's another pro-Heard article, from that great woke monstrosity, the BBC.

Many are now saying, rightly so, that she has done a great disservice for domestic abuse victims. But where were these people when it was so obvious that Heard was lying for years? They stayed silent. Or contributed to ensuring others stayed so. Many supported her. And still do so. Hollywood was another. Shame on them. They should publicly apologize for deliberately destroying his career after he made billions for the industry over three decades. At least. 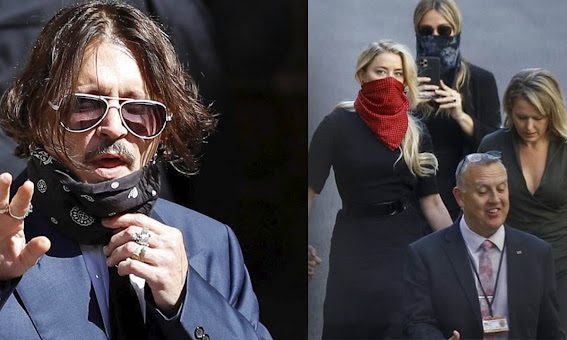 Amber gets in with the right crowd

There's a lot more to it than the Washington Post article. She had already aligned herself with several women and human rights groups, bolstering the notion that she is a victim. She filmed a commercial for the GirlGaze Project as a 'victim of domestic violence,' in 2016, two years before the infamous article.

She was able to bolster her public standing, her career and become a 'hero' while doing it. All based on her word only. No wonder people bypass the judicial system the way they do.

Even the judge in the UK Sun trial found her 'credible' in regards to her testimony on the abuse and that she would pay the money she pledged (which she still has not).

Now we know that Heard is unhinged. She's been caught in far too many lies. But she's hardly the only one. Unfortunately, there are many people out there with an axe to grind. The classic, 'get back at the ex syndrome', which is what this case is. These situations should be played out in court or not at all. Certainly not in the realms of the media and social media. Companies and society in general should follow the policy of the law. That is, a person is innocent until proven guilty. The reverse has been true for far too long. Rather than report an incident to the police, people will go to the media. It pays better and has far more positive outcomes.

For years now, those who publicly decry themselves to be victim are treated with public sympathy. And a whole lot of attention. Unfortunately, narcissists, which social media encourages, have lined up to get a slice of the popularity pie. All you have to do is write it. You don't have to prove it. Much of the me too movement was the same. Anyone can write five letters. And there was no distinction between a serious assault and a look.
It extended until all women were victims and all men perpetrators. Any sort of alternate viewpoint or even a defence, such as 'Not all men', was branded as sexist. It's a lose-lose mentality. And this is what led to a giant demonizing of all men. It got to the point that men couldn't even defend themselves at all. Only women could do it, and are, because no one will listen to a man. Amber Heard certainly knew that. That's what people aren't talking about. The giant machine in operation that led her to become so powerful.

The end of Equal Opportunity

Unfortunately, this case won't change the tide in any significant form. It will rubber band back to how it's been for years now. Thee are too many powerful groups making a lot of money and getting more power in the process. Too many individuals are gaining from it. Like Amber Heard tried to do. And did do, for five long years. It's not about the plight of the downtrodden. Since when has power ever cared about those at the bottom? Never have and never will. Power looks after itself, no matter who has it.

If Johnny Depp wasn't as famous as he was, he would have disappeared without a trace, his career, ability to earn a living, reputation and perhaps even freedom, taken from him based solely on a woman's word. The 'believe all women' edict has left a trail of discrimination and injustice in it's path. While good intentioned, it has gone too far. The media have fed the flames and self interested groups keep up the pressure. Companies want to be seen to be doing the right thing, only because they don't want to be seen to be aligned with anything negative, especially in regards to 'sexism', 'violence against women', 'racism' etc. so they simple cancel anyone who doesn't fit the mold. Innocent or not, it doesn't really matter.

It's really ironic as the people, media and groups who purport to be against discrimination are indulging in it themselves. And justifying it. There hasn't been such sanctioned bigotry for decades. You'd have to go back to the seventies or even prior to see it dished out the way it is now. It's become policy.

Example, the Equal Opportunity Act was established in 1984, primarily to protect women from being discriminated against when going for jobs. (It followed the Racial Discrimination Act of 1975).

In just the past couple of years, they changed their laws so that they could employ people based solely on gender. After 35 years of protecting people from discrimination, now they want to indulge in it and pass it off as 'doing the right thing.' Forget education or experience. Now you simply have to be of a particular identity. Why bother to study or work hard at all? It's awful to even have to state it but it's widespread and simply unjust. It's legalized discrimination, all under the banner of equity.

It's not just gender of course, but anyone who isn't white, straight or male. It began on social media with a vocal minority, many of them simple Marxists. Now people are scared of being ostracized so they're lining up to join in.

Its no wonder then, that people like Amber Heard shouldn't try to rort the system to profit by it. It's been set up that way. She didn't even have to try. Self-interested groups and the media were all too keen to oblige her. This now populous ideology doesn't stand up to scrutiny but if anyone tries, they are censored. Cancelled. Ruined. The media have had more impact on our lives than we know.

In the era of social media driven narcissism and the mass medias need for more and more salacious content, there are many thousands, perhaps millions of Amber Heards lining up to take advantage. You might not know their names but don't expect them to go away.

(Many points here really deserve to be expanded upon but there's simply no room. I have no wish to do more on this but it was worth doing one, as too many were looking to the person and not the system that helped create the situation).

Is he a PERVE? Or is there more than meets the eye? 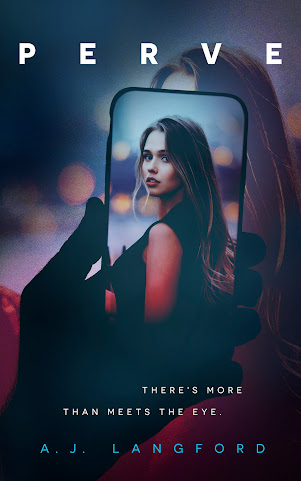