A group of twenty somethings and teenagers got together and shot this film in Oct/Nov '94. It was completed by June '95. 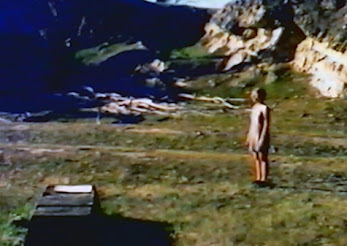 Synopsis
A teenage girl living in a small country town, struggles to find meaning in her life. She has a difficult relationship with her mother and her best friend and soon becomes obsessed with the occult, until she meets a young man, who has his own secrets, who will have a huge impact on her life. 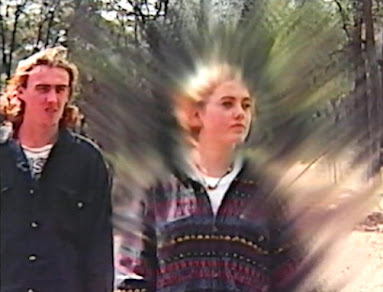 (These first two photos are from the film.
The one at the bottom is one of the 'lost').
In my twenties, I made a short film Toil On, Faint Not with a good friend, Peter Bruce, using a variety of formats. Betacam SP. Video 8. Super 8 film. 35mm stills. 90's style digital graphics/image manipulation.

Recently, I discovered some old photos in a box, that I'd not seen for over twenty years. They're from behind the scenes. (some were taken by Paul Gale. Some by myself).

I decided to scan them and put them into a video. Here it is. The film itself is below that. 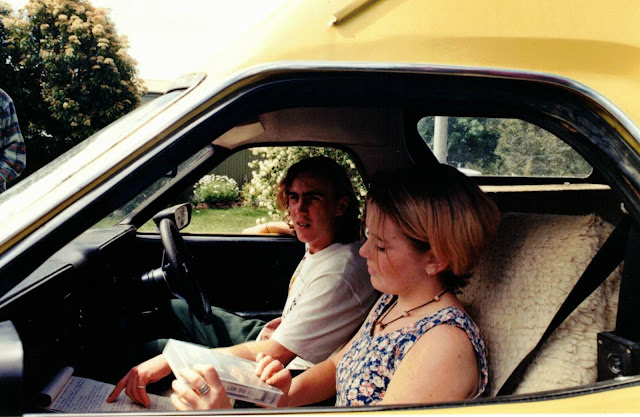 Jeremy and Andrea. Preparing for a scene.
The Script can be seen on a clipboard. From memory, it was mostly handwritten.
Posted by Anthony J. Langford