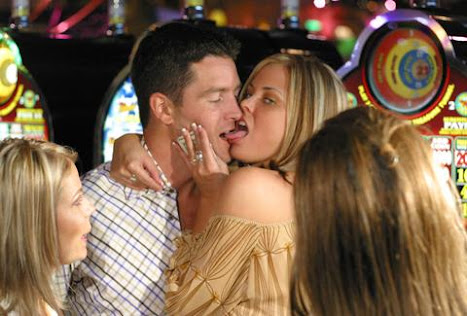 *Origins of the story at end.
Read below or download pdf HERE

To the side of the door was a small plaque that read Melissa F. Ashist Productions Pty. Ltd. Very non-descript. If he hadn’t done his research, he could have easily walked by without a second thought. Definitely not the big flash company that had wooed him and others with promises of fame and money that had led him to apply for the show.

He tested the door. It was locked. He pushed the buzzer.

‘Okay. Come up to Reception. First floor. Second door on the right.’

There was a hum and a click and he pushed the door open. He went up the stairs and to the second door. It was propped open and led to a large open plan area with lots of light from the big glass windows. There were a half dozen tables behind a reception desk. There were four people seated at their computers, including the receptionist, a girl too gorgeous to be real.

‘Yes?’ she said, a look of near disdain upon her face.

He was distracted by her looks and shook himself free of it. It was his lust beacon that had gotten him into trouble in the first place. But then again, they knew that. And milked it for all it was worth.

‘I need to see Melissa.’

‘Where’s your package?’ she asked.

Damn. He had not thought of bringing anything. Only the water bottle shoved into his rear pants pocket, out of sight.

‘My package?’ He grinned, trying to make light of it but knew instantly that it had not gone down well.

‘Der. Like, what are you actually delivering?’ Her condescension suddenly made her look very ugly, like a perfumed piggie.

‘Um, it’s a verbal message.  I have to tell it to Melissa. Personally.’ He looked about and saw one office sealed off in the far-right corner. Inside was Melissa, standing, with one arm crossed defensively and the other hand holding her phone.

‘What do you mean verbal?’ the receptionist stammered. ‘What are you talking about?’

They were in the backyard. He was flirting with her again. He knew he shouldn’t be but she was definitely flirting with him. Had been for days. Was she genuine? Or was she doing it for the cameras? Had they told her to flirt with him? He had to be careful. His girlfriend was sure to find out. Especially once the show went to air. He wasn’t doing anything wrong. Not yet. Just talking. That couldn’t hurt. Right?

Suddenly, a person he recognised as the line producer came into their space. ‘Sorry to interrupt.’ He leant across to him and whispered, ‘You need to get to the bedroom.’

‘Get to the bedroom. Quickly. Something’s waiting for you.’

Rex smiled and walked back inside the house, a cameraman following him. When he opened the loungeroom door, there were two young camera people inside, a man and woman, tracking his every move. He knew them by name but wasn’t allowed to look at the cameras while they were filming. He had to pretend they weren’t there. It was all pretty fake but that was the nature of reality TV. He and his girlfriend Asha were one of the three celebrity couples. Well, they weren’t really celebrities, but they would be after the show aired.

As he reached the bedroom door, he thought he heard a noise. A familiar noise. A female moan. He threw the door open, knowing that moan all too well. Asha was in bed with Graham! His bare arse! ‘What the fuck?’

The sheets went up. Asha went under and Graham rolled off, a half grin on his too good looking, smarmy, chiselled face.

Rex launched himself at Graham, who couldn’t get out of bed in time, before fists began flying. Asha screamed, more a series of shrieks and rolled away until she fell on the floor, unprotected by any covering.

The camera people jostled at the doorway, capturing it all.

Despite the fact that Rex had stormed off the show, the producer’s lawyers had assertively reminded him that he had signed a contract and unless he wanted to face court and lose a shit load of money that he didn’t have, he would have to ‘obligate’ his commitment. Obligate being their word. Slavery being his.

Melissa shook his hand, and then Asha’s. ‘Congratulations. You’ve made the cut.’

Asha clapped like an excited child. ‘Oh my God. I can’t believe it!’

The receptionist was following him but he was almost there. He removed the water bottle from his rear pocket. It was two thirds full of a pale-yellow liquid.

Others were virtually transfixed but the receptionist yelled, ‘It’s that guy from The Hottest Switch!’

But Rex got there first. He unscrewed the lid.

Melissa at the door, confusion and anger on her face, yet still on her call. ‘What the fuck are you doing here? This is an intrusion! Somebody call the cops!’

Rex flicked his arm and the piss went spraying onto Melissa. She jumped back instinctively without knowing what the liquid was. He continued flicking, chasing after her as she tried to get away but the office was too small. She knew what the liquid was now. She could smell it. She was by the wall and he tipped the rest on her head.

She screamed and screamed.

He turned and left.

He was at home. Feet up on the coffee table, thinking. And waiting. Reliving the events, over and over. He wished he had said something like, ‘Should I take the piss out of you now?’ or ‘I didn’t mean to rain on your parade, biatch.’

There was a knock on his door.

He sighed. Now he would be famous. Be careful what you wish for. He half smiled. And went to accept his fate.

I wrote this after watching a ridiculous preview of one of those shows where couples are teamed up with people who aren't their partner and encouraged to flirt, cheat, whatever.
This story was a special bonus to people who bought my 2019 book, A Refugees Rage. This is the first time I've made it pubic. Er, public.
If you enjoyed Revenge, you'll Love the Wolf!
Order Lone Wolf in time for Christmas! HERE - The Perfect Gift! 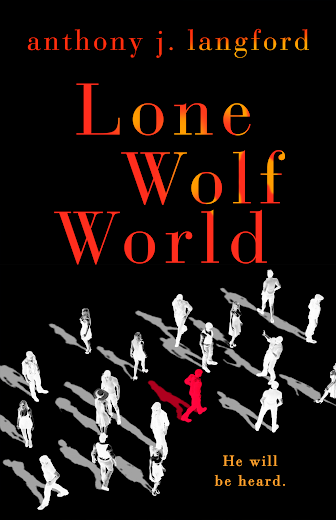