Look at the face of that young man. Sharp intelligence. Very talented. A literary critic by 24. A poet. An essayist and a novelist. Dead by just 27. 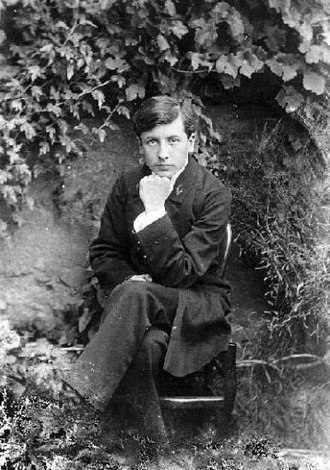 The son of a school teacher, Alain was forced to pause his studies in 1907 in order to do military service. By this time he had already published some essays, stories and poems. These were later republished in a collection called Miracles, ten years after his death.
During this time, he was thinking about the basis for his first novel, Le Grand Meaulnes. In Summer 1905, he had been taking a stroll along the bank of the Seine. He had met a young woman named Yvonne Toussaint de Quievrecourt. He became immediately enamored of her and tried to win her favour. However, he wasn't successful.
The following year, on the same day, he waited at the same place. But she did not appear. That night, he told his friend Jacques Riviere, "She did not come. And even if she had, she would not have been the same."
They did meet again, but not until eight years later, when she was married with two children. How very sad.
He placed her into his novel, calling her Yvonne de Galais. What a romantic!
The book was published in 1913. He dedicated it to his sister.
A highly regarded English translation appeared in 1959, called The Lost Domain. An original copy of which I now possess. 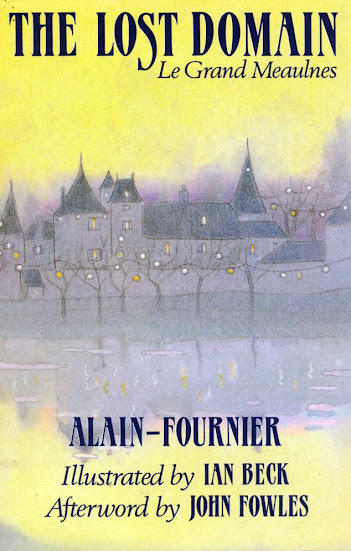 He began a second novel but joined the Army as a lieutenant in August 1914. The War claimed him only a month later. His body remained unidentified until 1991. How tragic for his family.
On a side note, his friend Jacques had married Alain's younger sister Isabelle in 1909.
Letters between the two young men was published in 1926 as well as letters to his family in 1930. Most of Alain's work was published after his death, such as notes and sketches for his unfinished second novel. Alain had become, Famous After Death. 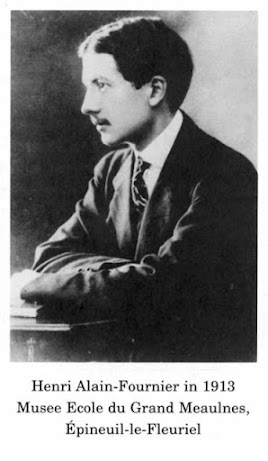