The 14-year road to publication

The first novel I wrote was Borders of Bordavia, a children’s fantasy. It was finished late in 2005. I immediately began looking for a publisher or agent. Thus began the journey. Meanwhile, I kept writing. Over the next seven years I wrote an additional six novels. (all were re-drafted many times over the years).

However, none of my novels, in a variety of genres and age ranges, were ever accepted by a traditional publisher. This despite having had many stories and poetry published in numerous countries. Despite having been nominated for the US Pushcart Prize in 2014. I’ve had short films screened in film festivals. Not major festivals but still something significant for an author. I’ve had short plays produced too. Some I directed. And dozens of artistic short videos from my poetry. And literally hundreds of other videos that I've created.

I’ve had hundreds of rejections  if not over a thousand. I used to document every place I ever emailed or sent work to. I would also note if they replied or not. As the years went by and email became the preference for publishers and agents, the amount of replies became less and less. Soon, many just closed their doors to submissions, including agents.

The ones that were open,  you never heard back from. You never knew if they had even looked at it or not. (I eventually doubted that they did). 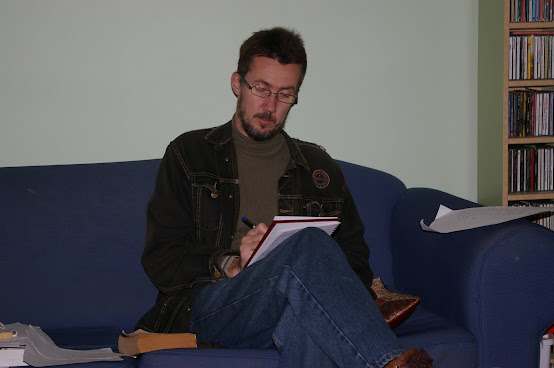 Writing a novel in 2010. (I handwrite everything, then type it up).

I stopped documenting after approximately 600 rejections/non answers. I lost track. As we know, the digital age has seen the decline of the traditional publishing model. And the rise of independent authors who can now sell their own books online with sexy looking websites.

I said I would give it a decade to get published. I gave it 14 years. I believe I’m further away now than ever before. I went via Atrilla Press and decided to do it Frank Sinatra style, My Way.

There’s a lot more to it of course. But rest assured, there were countless times when I fell into a dark depression over the amount of rejections I was getting. Especially when I was getting work published and excellent feedback. I just couldn't understand it. I’d even managed to find a small independent press, Ginninderra Press who eventually published four small books. I just couldn’t get anybody else to look at the novels, let alone read them. And let me say, that every single one of those rejections stung. I am not tough. I’m sensitive. I think a good writer has to be. If you're interested in emotions that is. There would be months where I did not send out work, or even write, as I was too down and defeated to go on. 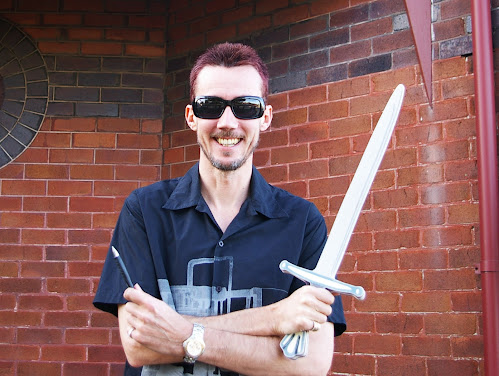 The pen is mightier than the sword. (In more positive days.)

Go your own way

So here I am today, publishing through Atrilla and doing most of the leg work myself. I can't compete with the big boys. I won't get the media and advertising but it’s about getting the work out there. It deserves to be read. And if it doesn’t find many people, so be it. Better to keep putting it out there than have the cover not to my liking or content removed because I don't have the final say. Or be dropped after one book because it didn’t sell enough.

It’s about making it available now. For you and whomever may come next. I personally believe that they have too much merit to never be read. Now I just want to leave something behind for my daughter to be proud of when she grows up. I know I’m proud of those books. I also want to honour that teenage boy in the country who used to stay in his room and pound away on an old second hand typewriter. He had big dreams. It’s for him. 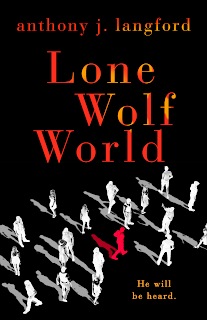 Lone Wolf World is out now through my website, Atrilla Books, or Amazon US. or UK
Gleebooks and Better Read than Dead in Sydney also have it. You are the outlet to the World. Without you, this book will go nowhere. Please share.
Posted by Anthony J. Langford