A controversial figure whose work might not have seen the light of day had it been discovered in recent times. Not only visual art but fiction too. The work is quite bizarre. Much of his paintings represent angels as naked children, though there is no sexual suggestions of any kind. War is part of the subject matter and permeates the work.  He wanted to protected neglected children and often wrote himself into the narrative of his massive output of writings.
.
He died in 1973 aged 81.

Have a look at the below images, which were done on massive canvases, then watch the great documentary which is posted below. Well worth your time or there's brief info below. You'll be amazed by this unique story. It's not just about the paintings. He was a prolific writer too, though there's certainly questions whether he possessed 'normal' mental faculties. Much of the writing centered around gigantic battles with the Seven Vivian Angels as benevolent figures in the war against child slavery.
That's part of the appeal of his unique output. 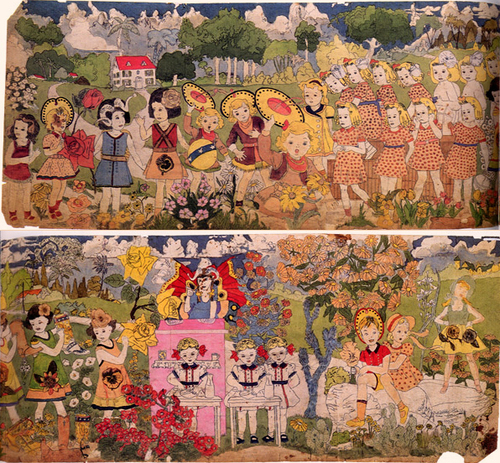 The unusual artistic merit, combined with the obscure life of its creator, granted him a place amongst the art world, though as he said just before his death, "You're too late." No one had known anything about his work until he could no longer look after himself and live in his apartment. 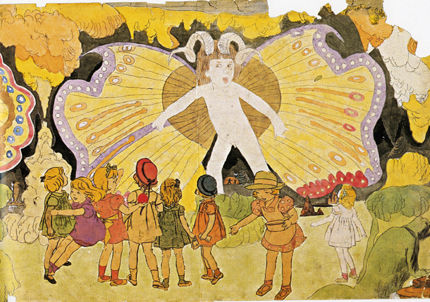 His major work, In the Realms of the Unreal is over a staggering 15, 000 pages long.