aka The Teste Warrior makes a CumBack

Lance Armstrong has vowed to return to the sport which caused his greatest downfall, cycling.

The busted drug cheat has sworn off drugs and says he has a new feather in his bow, an extra testicle. Mr Armstrong will be undertaking revolutionary surgery next month, in what could be a world first. A testicle implant. Mr Armstrong lost his original right testicle in his early twenties after an unfortunate accident on a robotic bull. For many years, he ploughed on with only one. Now he says the extra meat in his sandwich will give him that super testosterone boost that other men have naturally.

‘That’s the only reason I took testosterone enhancers in the first place. To give me back what was rightly mine to begin with.’ 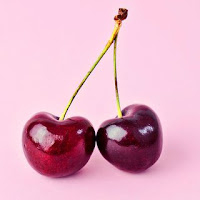 Sick of being teased as a young man with such awful terms as Half a Man, He Dropped the Ball Armstrong, Mr. 50%, Packing Half the Load, Where's your other half, All meat but No Potatoes, Arm-strong, Balls-weak, All crazy but no nuts, Lance took to cycling to get his revenge as it were.

‘I may have only one ball, but I can shag as well as the best,’ he said at the time. ‘It just takes me twice as long. Hey, some ladies like that! Unfortunately, I can’t deliver a full sample of juice, but who’s measuring?’

After his multiple Tour De France wins, it eventuated that Mr Armstrong was using drugs for all those years, giving him an extra advantage. Whether it helped him perform better in the sack was never investigated. One ex-lover, who can’t be named for legal reasons, said he was even worse in bed after his drug taking began. ‘He kept looking in the mirror during love making, instead of me, and practised victory speeches in French. It was so off putting. How he never tested positive for all those years, I don’t know. I can tell you that he definitely tested positive for being a wanker.’

Lance promises his new, 3D printed testicle will return him to the world stage and new victories. ‘Just you wait until you see me in lycra again. I’ll be packing!’