My Coming Out Post - A lifetime in the making 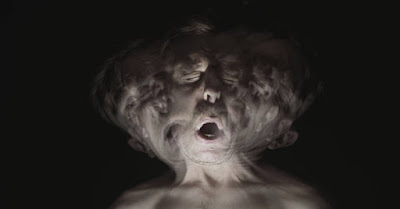 In the spirit of Movember and Men’s mental health and all things transparent, I figured it’s my turn.

I made this video only a week ago. I had no intention of putting it online. This post is a last-minute decision. I may even regret it. Watch the video, join me on the other side.

Looking back, I’ve had anxiety since I was a child. I had a panic attack at ten. Of course, we didn’t know any of these things back then. I didn’t even know I’d had panic attacks in the past until they began occurring regularly in 2012, which is when I sought help.

In high school I was told I had Hypoglycemia. I had to change my diet and cut back on sugar. A year ago, I asked my mother what that was all about. She said it was stress. I hated high school. I didn’t finish it. I was unemployed. (I grew up working-class in a tiny town). There were no opportunities. Already depressed at 17 I began binge drinking. I fell in love with booze. As I got older, my friends began behaving more responsibly but I didn’t. I drank until oblivion. It's still the way I drink.

I had an eight-year break in my thirties when I finally managed to get on top of it after trying for years. Booze led me to bad situations. Never an aggressive person, even when wasted, I was nevertheless assaulted twice. One time put me in a hospital in Ireland for a week.

Naively and stupidly, I picked up the drink again nine years ago and have been struggling these past few years to stop. I have a few months respite, then relapse. It’s something I am still struggling to overcome.

Drinking brings temporary relief to anxiety. Any alcoholic will tell you that. But it makes it far worse the next day. I’ve been on medication for depression since 2006 when I had a major crash and burn. (Ironically I was sober then). Anxiety is my daily foe. Depression; not as often. But when they work together, I can get suicidal. 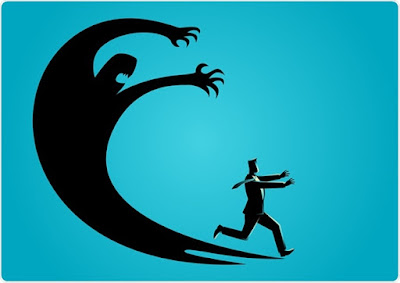 Somehow, I’ve managed to have a fairly stable life but as I age, it’s getting tougher. Being a single dad with no family in New South Wales hasn’t helped. A solitary existence isn't great for anyone. This past couple of years have been very tough. I even did a 3-week stint in rehab for alcohol. I busted soon afterwards.

I was diagnosed last year with mild bi-polar. And while I definitely have manic periods (a lot of creative people do), I also think doctors are all too quick to put people on medication. I'm trying to come off a horrendous anti depressant now, but that's another story.

I’ll never get rid of anxiety and depression. They have always been with me. But I hope to manage them enough to continue to live and be the best person I can be for my daughter, and also for myself. If I can’t live with myself, then I’m in real danger. And the danger is real.

I’m not after pity. You don’t have to say anything at all. You’ve had your moments too. Perhaps far worse than mine. You’ve been on this journey with me, in this small way, for a long time, so you may as well know it all. And it could always be worse right?

Something completely inappropriate and fun – just for the balance. 😊
And end the year with a recording of my short play, Three Little Words and some of my favourite songs and films from 2018. Perhaps you can think of yours too and share them when we get to it. Life is still beautiful.

Have a good week.
Peace