The four piece from the Blue Mountains in N.S.W. released an EP 'Closure' earlier this year. Their single Home Here With Your Friends blew me away so much, I decided to track them down for an interview.

Thanks for agreeing to have a chat with me.
What’s the best part of being in a band?

Getting to meet your musical idols and sharing stages with them.  Getting to travel all around the country with your best mates to do what you love doing. Having people come up to you after shows and tell you how much your songs have helped them/what your music means to them. People sharing their own vulnerabilities and opening up a platform for deeper conversations.


What’s the most frustrating?

Getting treated like you’re less than equal because we’re a female fronted band. Dealing with people who don’t think you deserve to be paid/compensated for your hard work as a musician. People who try to take advantage of you. You really have to stand up for yourself, which can be hard if you’re not a confrontational person like me.


Who are your musical inspirations and have they managed to find their way into your music?

Growing up my musical inspirations were Missy Higgins, Avril Lavigne, Evanescence and Taylor Swift. Nowadays I’m inspired by bands like The Hard Aches, The Smith Street Band, Tired Lion, Camp Cope and endless amounts of awesome Aussie talent. I think it all definitely affects my song-writing, depending on what I’m listening to.

I love your song Home Here. The lyrics are very powerful and heartfelt. Is it based on a particular person and story?

This song was written from my personal experience and is very close to my heart. I wrote it as a way of figuring out my own emotions about what was happening in my life, sort of as a coping mechanism. The song pretty much explains it. I was very close with someone who I valued very much as a friend, then one day they shut me out and moved far away out of nowhere. It was unexpected, and I guess I was in shock.


Is it hard to be an artist in Australia?

There’s a good music community here.  I’d say certain areas of Australia are better than others. For example, I’d love to move to Melbourne as the music scene there is really vibrant. It’s pretty hard in Sydney at the moment because a lot of the venues are shutting down and people just don’t come to shows as much.

How far would you like to go with the band? And what do you think will actually happen?

I’d like to take it as far as it can possibly go. At the end of the day, I’m doing this because I love it and I’d do it regardless of whether it got any attention. Having said that, I’m more than happy for it to get enough attention to one day become a full-time gig. I can’t say for sure what will happen but we’ve had a good response so far and we’re hopeful to keep the momentum going.


Where can people find your music? And what can we expect from you guys in the next year?

We’re on Bandcamp, Spotify, Apple Music, iTunes. We also have a music video on Youtube. In the next year we’re planning on writing and recording an album.

Cheers Antonia. Best of luck to you and the band.

Do yourself a service and support new talent.
You can buy their EP on Bandcamp for as little as $5, or send as a gift via gift for Christmas! 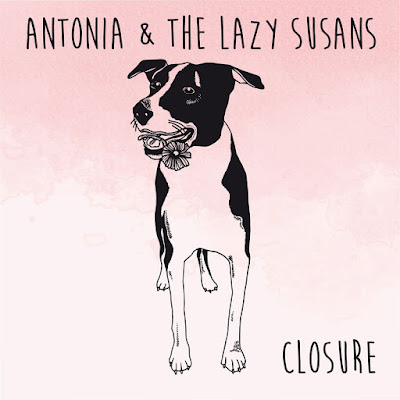