Not enough attention to Men

It's Mental Health Week and yet there's not a lot of media coverage, particularly in the mainstream. (ABC2 has had some good programming). There's a hidden epidemic, that of suicide, particularly amongst males (75%). Despite much more awareness today, with help at hand, people and the media in particular, barely use the word at all. When I was working in News, it was policy not to report suicide stories. Do you think this is right? Should we be sweeping it under the carpet?


There are approximately 2000 men who commit suicide in Australia every year (2,292 in 2015). With a population as small as ours, its a shocking figure. It's bad for women too, approximately 700. (Overall in 2015 - 8.3 suicides per day).
There is a lot of public awareness now regarding the rights of women, domestic violence, breast cancer etc. This is a great thing, yet there's very little said about men at all. Prostrate cancer kills more men than breast cancer does women. Yet, there's limited media coverage about it. One in three women suffer domestic violence in their relationships. A terrible statistic and its great to see commercials targeting this issue, and politicians talking about it. Yet, one in every second man is a victim of male instigated violence. One in three is also a victim of domestic violence. There is nothing said about it. (Excluding school yard scraps and bullying, of which there was plenty in both primary and high school, I've been assaulted twice as an adult, for next to no reason, other than the influence of alcohol. One assault in Ireland put me in hospital for a week). 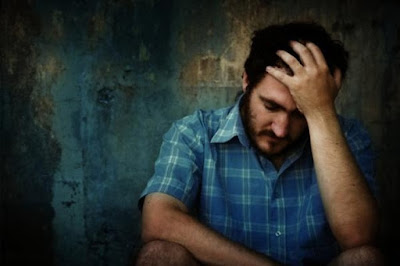 I feel sorry for young men today. They don't know what they're supposed to be. They certainly know what they're not supposed to be. Yet there's nothing that says, it's okay to be a man, to be masculine, to express your feelings etc. There's so much man bashing going on in the populous media and social media that even men are joining in simply to be accepted. It's political correctness with half a face.
It's not okay to hate on any race, religion, gender, sexuality, etc, though it's perfectly acceptable to bag males, particularly Caucasian ones. I don't disagree with any campaigns regarding anyone's rights but let's play fair and include everyone. Let's look after all victims of violence. Let's address all sufferers of cancer and disease. Let's not let young boys grow up feeling excluded from society. What's the fallout from that? More bitterness. More rage. More self harm, drug and alcohol problems and ultimately more violence.
It's said that 75% of callers to LifeLine are women, yet its the men who are killing themselves. This strongly suggests that men are not reaching out, not talking about their problems, because men are supposed to 'cop it on the chin' and 'get over it.'
Men talking about any male related issues today can see them branded as sexist etc. There's still a stigma attached, in that it's okay to publicly ridicule men but not women. You can see that publicly, as one simple example, in the way sports commentators criticize male players during a sporting event but not female. 'Terrible play.' 'What was he thinking?' Many attitudes towards men, have simply not changed. Is it any wonder men keep quiet?


"... few preventive efforts or policies specifically targeting male suicide have been developed or evaluated, which further contri­butes to its lack of visibility as a major public health problem."    http://www.bcmj.org/articles/silent-epidemic-male-suicide     This is a very good article from a medical journal. Sadly it's five years old, which means nothing has changed. 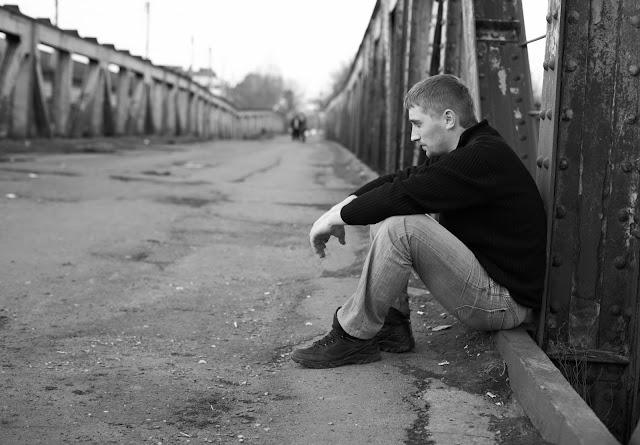 Depression and anxiety does not discriminate. Yet men are often demonised for simply being men. They're caught between a rock and a hard place, having to take on gender guilt for the sake of a few bad apples. A lot of change needs to happen in our society. We need to stop referring to the races and sexes and peoples sexual choices as individual areas of concern, and start thinking about the well being of human beings in their entirety, from children to the elderly. This casual discrimination and ignorance must end.
(2021 Update. This problem is far worse now than when this was written in 2016. Every so called marginalised group is putting their hand up for attention, and getting it, and getting the funding, while men are at the bottom of the barrel. Particularly white men now it seems. A society is unable to function correctly with this type of discrimination. Reflected not only in suicide statistics but in declining relationships and birth rates. The ramifications affect everyone. This will not end well).


In closing, I wanted to mention that the artistic world lost a great talent on Sunday the 9th of October, ironically during Mental Health Week, the death of 26 year old Fergus Miller from Melbourne. He had depression. He committed suicide. He was the creator of the band Bored Nothing, among other things. A very talented artist. What a tragedy.


This is an excerpt from the Triple J website:

On the eve of 2013, Bored Nothing scored a Next Crop acknowledgementfrom triple j and in August 2014, released a second album, Some Songs, (the first in 2012), which we featured for AusMusicMonth that year.

"When I started writing music I was writing it was a lot more with rhythm than with melody and it took me quite a few years to get over that. I think once I really grew an appreciation for that kind of stuff I went back to my roots and listened to a lot of The Beatles, Velvet Underground & Nico, stuff like that."

During his career, Fergus toured with internationals like Best Coast, Beach House and JEFF The Brotherhood as well as many locals that he struck up close friendships with, including John Steel Singers, Bleeding Knees Cluband Step-Panther.