Celebrating the written word in film.
Character, Dialouge and Subtext over traditional plot. 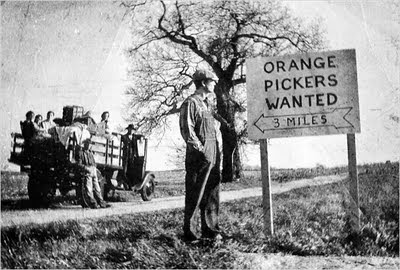 The Grapes of Wrath


The Grapes of Wrath covers the period of the American Great Depression. Henry Fonda in one of his penultimate roles returns from a stint in prison to find his family have been evicted from their farm. He is forced to pack up all his belongings on the back of a truck and along with his family move into one of the ‘Dustbowl camps’ in California is search of work. But there are many others in the same situation. Life is cheap here. There is much corruption and crime. Every day is a battle. With it’s realistic portrayal, there is a pseudo-documentary feel here, (despite the dated trailer). This is powerful drama.

The screenplay by Nunally Johnson was based on the novel by John Steinbeck (Of Mice and Men) which was published a year earlier and had caused an uproar. It was accused of being communist propaganda and Steinbeck of being a socialist. The Farmers Federation protested the loudest as they had been shown to treat the mainly migrant families depicted in the book poorly. Some said that Steinbeck had exaggerated that conditions to prove a point, but in fact, he had underplayed them. The film was also controversial for the same political reasons.
Naturally, the controversy caused the book to be widely read and was soon considered a classic. Steinbeck won the Nobel Prize for Literature in 1962. 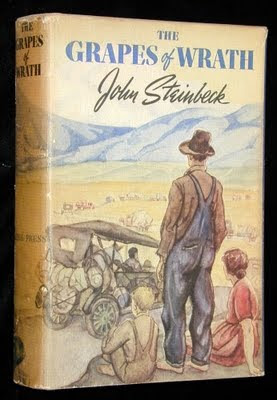 Interestingly, Lenin banned the film in Russia as it showed that even the poorest of Americans could afford a car.

The picture was directed by John Ford with a sense of reality rare for its time. Its stunning black and white cinematography by Gregg Toland, who would go on to shoot Citizen Kane the following year, contributes to the ambience. The Grapes of Wrath earned many Oscar nominations, and Ford won for direction.

The film is still poignant, historically relevant, beautifully written and one of the greatest films ever to come out of America.